From TIME: “The medical community has been aware of the placebo effect–the phenomenon in which a nontherapeutic treatment (like a sham pill) improves a patient’s physical condition–for centuries. But Ted Kaptchuk, a professor of medicine at Harvard Medical School and one of the leading researchers on the placebo effect, wanted to take his research further. He was tired of letting the people in his studies think they were taking a real therapy and then watching what happened. Instead, he wondered, what if he was honest? His Harvard colleagues told Kaptchuk he was crazy, that letting people in a clinical trial know they were taking a placebo would defeat the purpose. Nevertheless, in 2009 the university’s teaching hospital, Beth Israel Deaconess Medical Center, launched the first open-label placebo, or so-called honest placebo, trial to date, starting with people who had IBS, including Buonanno.

The findings were surprising. Nearly twice as many people in the trial who knowingly received placebo pills reported experiencing adequate symptom relief, compared with the people who received no treatment. Not only that but the men and women taking the placebo also doubled their rates of improvement to a point that was about equal to the effects of two IBS medications that were commonly used at the time. ‘I was entirely confused,’ says Kaptchuk. ‘I had hoped it would happen, but it still defies common wisdom.'” 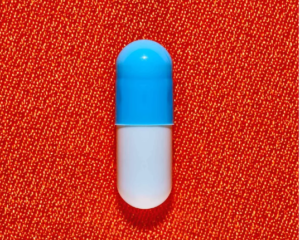