From Alternet: “It’s modestly encouraging that this August two-thirds of [the APA’s] governing body voted against a resolution that would have returned psychologists to sites like Gitmo.

What makes the new vote less than completely satisfying, however, is this: the 2015 vote establishing that policy was 157-to-1. This year, a third of the council was ready to send psychologists back to Guantánamo. Like much of the rest of Donald Trump’s United States, the APA seems to be in the process of backsliding on torture.

What happened at the APA convention recently also matters because it illustrates the power of organized ethical action. Association members who were determined to keep psychologists out of the torture business formed the APA Watch: Alliance for an Ethical APA. They consulted thoughtfully with each other and allies (including Veterans for Peace), developed and distributed materials aimed at persuading APA members in general, and made personal phone calls to most of the 170 members of the association’s governing Council of Representatives. They combined the wisdom and values of their profession — including the all-important Hippocratic injunction not to harm one’s patients — with energetic, organized action.

It’s an encouraging example for the rest of us, as we enter this crucial election cycle. When we’re smart, committed, and organized, the good guys can win.” 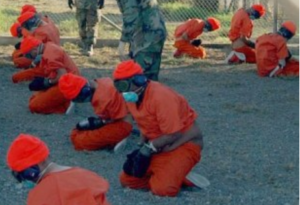