Psychology has lost the trust of the general public, other scientists, and policymakers. An article published in American Psychologist reviewed the issues within the field that has marred its reputation. The author suggests that the field needs a complete cultural change if it wants to be called a science.

The article, written by Christopher Ferguson of Stetson University, suggests that it is external problems and internal issues within the discipline that have marred its credibility. These include the replication crisis and psychology’s defensiveness towards it, its outdated, simplistic, and mechanistic understandings of people, and its biased use of sweeping politicized statements. 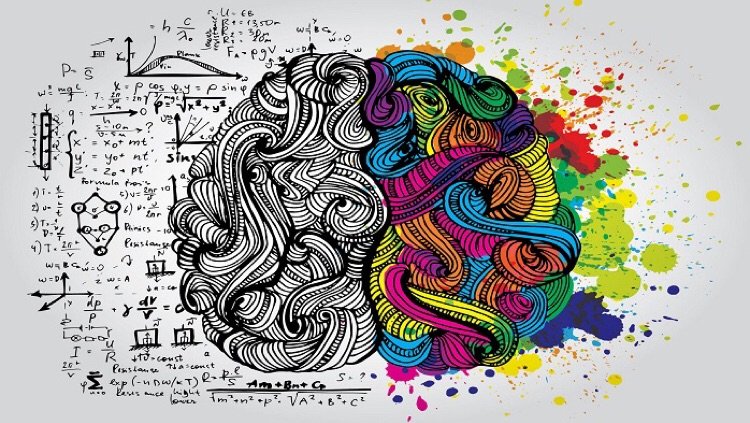 Psychology has encountered numerous attacks on its reputation: it cannot replicate its prominent findings, there are accusations of widespread corruption, evidence-based treatments are under scrutiny, and research suggests material help might be more important than psychological services.

Policymakers, the general public, and other scientists often do not consider psychology to be a science. Ferguson writes that these wounds to the field’s reputation are self-inflicted and that “psychological science, both theoretically and methodologically, is not ready for prime time.” He divides the internal problems plaguing psychology into three groups: methodological issues, theoretical issues, and the marketing of psychology.

Ferguson raises an important point – that while non-replication of studies happens in other sciences, it was psychology’s resistance to the concept of replication itself that was egregious. Replication, where different researchers carry out the same studies to see if they get the same results, is often called the backbone of science. Psychologists have been resistant, with some saying that studies that find failed replication should not be published. Psychological journals also often refuse to publish replication research. Thus, this aversion to replication is a cultural problem in psychology.

Psychology has also demonstrated a cultural aversion to publishing null results. Null results provide evidence that no difference existed between the control and the experimental group (e.g., one given the placebo while another a new drug/therapy). Ferguson notes that while null results are an important part of science, both journals and authors are known to either suppress or ignore these results. Reasons to suppress null results include authors’ desire to get published or bias favoring their chosen theories. Consequently, studies that find positive results get overreported, creating a biased view of the efficacy of the treatment.

Questionable researcher practices (QRPs) were indicated even in the psychology papers of highly reputable scientific journals like Science. An example of QRPs is halting data collection when the study begins to produce desired results and choosing the type of analysis that produces significance, etc. Other researchers have pointed to similar problems as such as spinning abstracts. The absence of transparency is another problem as researchers are not required to share their data for review and are often hostile when asked for raw data.

Fergusson writes that to fix these issues, psychology must lose its aversion to null results, reduce its defensiveness towards falsified results, and journals should require datasets to be submitted for the editors to review.

Fergusson notes that psychology often makes simplistic assumptions about people that portray them as mechanistic. He gives the example of what he calls ‘The Hammer Hypothesis,’ a social learning theory states that people’s behavior is decided by what they observe. However, people do not automatically do what they see. Numerous factors are involved in deciding who we model and how we choose to model behaviors. Psychology has overemphasized the power and automatic nature of modeling, whereas people themselves are far more complex and agentic.

Another problem is theoretical rigidity as researchers try to protect their favorite theories at the cost of scientific rigor. Their own reputation and ego are often attached to theoretical perspectives and can guide experimentation leading to confirmation bias and “scientific inbreeding.” Ferguson notes that this especially holds for theories with advocacy goals that people might cherish in the face of criticism of that theory.

Additionally, Ferguson argues that psychology often straddles the line between science and advocacy, which have diametrically opposing goals. While science is supposed to be objective, truth-oriented, and neutral, advocacy, by its nature, advocates for something and thus has a pre-determined goal that is not neutral. Since research funding is often dependent on advocacy groups, scientific rigor is compromised as researchers are prone to finding results that bolster their advocacy goals.

Ferguson suggests that to tackle these problems, psychology should become data-driven rather than theory-driven, and there “should be an active effort to search out data that may be problematic for a theory in development.” Additionally, researchers should shy away from funding obtained by advocacy groups to avoid experimenter bias. Any input provided to advocacy groups or policy-makers should be simply the presentation of the data, without interpretations.

Ferguson notes that human behavior is complex and nuanced and not given to easy assessment in laboratory settings. Thus, while psychology should remain close to its data, it must also understand “that the data we have may not always fully capture the human condition.”

Ferguson further writes that psychologists and organizations such as the APA heavily indulge in marketing psychology by issuing policy statements with moral or political leanings but are not based on empirical evidence. Ferguson writes that the numerous policy statements issued by the APA taskforces are often produced in echo chambers. If an APA statement is not back by empirical evidence, it reveals that psychology’s claims to be a science is hollow. By releasing repeated policy statements and having advocacy goals, psychologists often engage in citation bias (they selectively choose research that supports their statements). For example, APA’s policy statements on media and video games causing aggression has been criticized for ignoring studies that find otherwise. He writes:

“It is not my position that these opinions by the APA are ‘wrong’ (in fact, I share most of them), but rather that the APA simply expresses what are, indeed, opinions too often…”

Next, Ferguson chastises psychology for statistical sleight of hand by pretending that small effect sizes (which are prevalent in most psychological research), in fact, mean big and important differences. He also claims that psychology tends towards “Juvenoia,” the inclination to find that today’s youth are psychologically worse than previous generations. While good for securing grant funding, this is again based on biased and precarious evidence.

Lastly, Ferguson notes that incessant press releases that announce new studies lead to researchers misreporting their data. While new research gets the spotlight, when it is debunked, the retractions and criticisms do not receive the same amount of press, ensuring the general public ends up misinformed. Other times, it’s just embarrassing.

Ferguson ends by noting that what is required for psychology to be taken seriously as a science is for it to act as a science. This involves a change in the larger culture of the discipline, beginning with graduate students’ training.

Ferguson, C. J. (2015). “Everybody knows psychology is not a real science”: Public perceptions of psychology and how we can improve our relationship with policymakers, the scientific community, and the general public. American Psychologist, 70(6), 527. (Link)