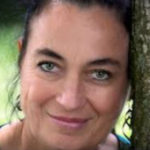 How is psychotherapy different when the therapist is also a survivor? What vital lessons must therapists learn from people who have experienced psychosis? If therapy is an imbalance of power between therapist and patient, how can therapists avoid the misuse of power and protect clients from harm?

Olga Runciman, voice hearer, psychiatric nurse in locked wards, and survivor of a diagnosis of paranoid schizophrenia, brings her experience with recovery to her work as a psychotherapist in private practice.