Investigators used hospital discharge data of a nationally representative sample of more than 1.2 million U.S. adults and found that during the 13-year period from 2003 through 2015, amphetamine-related hospitalizations rose from 59,600 to more than 206,000.

The number of hospitalizations that involved both opioids and amphetamines was six times higher in 2015 than in 2003.

‘After accounting for population growths, amphetamine hospitalizations grew 245% between 2008 and 2015, whereas opioid-related hospitalization increased only by 46%,’ he added.

He noted that amphetamine-related hospitalizations were more likely to be covered by Medicaid and to have occurred in the western United States.

‘Amphetamine-related hospitalizations in our study were associated with socioeconomic characteristics and geographic patterns consistent with trends in methamphetamine use,’ he said. […]

Commenting on the study for Medscape Medical News, Wilson Compton, MD, deputy director, National Institute on Drug Abuse, who was not involved with the study, said the findings ‘add significantly to our knowledge of how devastating methamphetamine has become for many parts of the country.'” 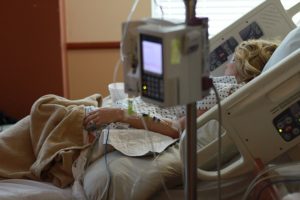