From STAT: “At least three of the studies cited by the FDA inspectors involved people brought to [Minneapolis’s Hennepin County Medical Center’s] emergency room with ‘severe’ agitation, as assessed by emergency technicians using criteria developed by the researchers. The study leaders apparently persuaded the IRB that such patients could not provide informed consent, and so could be swept into the trial unknowingly.

In fact, such patients are considered ‘vulnerable,’ said bioethicist Leigh Turner of the University of Minnesota, who signed the Public Citizen letter. According to federal law, they are supposed to receive special safeguards, such as having a family member or other representative give or decline consent. That did not happen. […]

In the first study cited by the FDA inspectors, researchers injected either ketamine or haloperidol into people taken to the ER, to reduce their ‘agitation.’ Ketamine is not approved by the FDA for that use. The unwitting participants were treated not according to clinicians’ best judgment but according to the study’s protocol: Those arriving during certain months got ketamine and those arriving in other months got haloperidol.

Among the trial’s results was that some patients given ketamine suffered breathing problems; 39 percent required intubation, compared to 4 percent given haloperidol. Before the trial began, its leaders had warned in a 2013 paper that ketamine can impair breathing and so should be reserved for only the most severely agitated patients.” 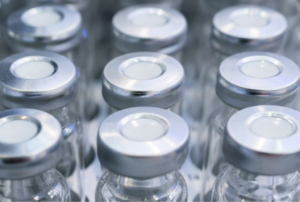