From The Guardian letters: “I have been advised by colleagues in psychiatry that these drugs can raise young people’s energy level before they act to raise their mood, especially in the early months of use. This could lead to increasing the mindset and energy to carry out their ‘dark thoughts,’ either harming themselves or others.

We wholeheartedly support the NICE guidelines recommendations that prescribing these drugs should be a last resort for children under 18 and not be used for those under the age of 10.

Your report is shocking. The two drugs most widely prescribed as first choice are paroxetine and venlafaxine, both SSRIs. These are powerful drugs, and the effect on developing brains is little researched. What little research there is suggests an increased risk of suicidal thoughts. But not only that, they are the two SSRIs with the most devastating withdrawal symptoms.” 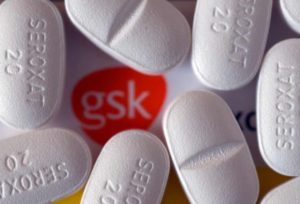