From The Guardian: “The health secretary is under pressure to respond to growing concerns about the use of a controversial antipsychotic drug linked to deaths of psychiatric patients. Following claims by family members that two people died after being prescribed clozapine, coroners have written to [UK Secretary of State for Health and Social Care] Matt Hancock asking how he intends to ensure the drug does not claim more lives.

Julia MacPherson, 54, died while under the care of Oxleas NHS Foundation Trust in May 2016 after being put on a trial of clozapine, even though she did not have psychosis and begged not to be put on the medication. MacPherson had addiction problems, borderline personality disorder and was distraught after her marriage ended, but her family was shocked at the drug’s side-effects.

‘She looked different, sounded different, had lost her sense of humour, cognitive function, coordination; she couldn’t eat properly, dress or wash. It was horrendous to see,’ said her sister, Sarah MacPherson. ‘She was an attractive, intelligent person but on clozapine she was unrecognisable.’

Initially the family was told she had died from a hereditary heart condition. But an inquest established that clozapine was a factor in her death. The family had raised concerns with various health officials but the dosage was increased, resulting in MacPherson becoming frail.

‘There is a thing called the clozapine shuffle,’ her sister said. ‘It literally knocks them out. It’s awful, like something from One Flew Over the Cuckoo’s Nest. Some people respond very badly to it.’

The coroner’s report found that MacPherson died as a result of choking ‘because she was unable to chew or swallow her food’, her sister explained. […]

Clozapine is heavily restricted in other countries but concerns about its potentially fatal side-effects in the UK appear not to have been heeded. Five years ago the Observer reported that postmortems into the deaths of four men in a psychiatric unit at St Andrew’s hospital in Northampton had concluded that antipsychotic medications such as clozapine ‘were possible contributory factors’.” 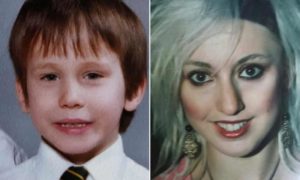