Researchers from Australian Catholic University and Federation University recently published a meta-analysis attempting to understand attitudinal antecedents to refugee prejudice. The authors conducted a systematic search of articles focusing on attitudes towards refugees across five databases and found that a variety of demographic factors (being male, conservative, less educated, religious, nationally identified) and ideological factors (high levels of right-wing authoritarianism and social dominance) were associated with negative attitudes towards refugees.

“These findings provide continued support for various theoretical accounts of inter-group relations,” write the authors. “For example, as expected, ideological variables and perceptions of threat impact negative attitudes and a variety of demographic factors reliably predict increases in anti-refugee sentiment. Based on theories of social identity, it is likely that many of these factors are exacerbating in/out-group salience (e.g., national identification), which then results in increases in negative attitudes (although this assumption remains untested).”

The authors open the paper citing that at the end of 2016, 65.6 million individuals had been forcibly displaced, of which 22.5 million were externally displaced refugees while 2.8 million were asylum seekers. This mass displacement is a direct result of conflicts in several Middle Eastern and Northern African countries and has caused ‘developed’ countries to implement stricter border control policies, a choice that has caused around 86% of refugees to take respite in low and middle-income countries.

Much of the research to date documenting prejudice toward refugees has shown that these attitudes are pervasive, though the authors believe that the continued refugee crisis warrants revisiting the existing data. Past research has demonstrated that individuals who are older, male, nationally identified, conservative, religious, or less educated are likely to have more negative attitudes towards refugees. Additionally, a social-dominance orientation (i.e. one that highlights hierarchical social systems) and right-wing authoritarianism have been shown to associate with general prejudice and refugee-specific prejudice. Meanwhile, individuals who have a societally-focused and equality-based orientation are more likely to have positive attitudes towards refugees.

The authors then offer a pair of theories to explain this prejudice: the integrated threat theory and the appraisal theory of emotions. The integrated threat theory suggests that there are two types of threats, symbolic and realistic, which may be exacerbated by threatening perceptions (from, for instance, media misrepresentations) of out-groups. This threat then influences behaviors and attitudes, which in turn results in increases in prejudice. The appraisal theory suggests that emotions are elicited via our appraisals of the world around us; prejudice, then, can express as the manifestation and possession of different emotions.

The current study first aimed to evaluate whether Australian samples, which are impacted by the lack of contact Australians have with refugees coupled with negative public discourse and government policy towards refugees, differ from other global samples. Secondly, the study investigated whether publication status moderated observed effect sizes, attempting to establish whether there was publication bias in regard to refugee data.

The authors conducted a systematic search of five databases to find articles pertaining to attitudes toward refugees: Web of Science, PsycINFO, PsycEXTRA, Proquest Psychology Collection, and EBSCO Psychology and Behavioral Sciences Collection. They screened out articles that did not include a) a measure of attitudes towards refugees or asylum seekers, b) a measure of at least one prejudice-relevant correlate, and c) present original empirical quantitative data.

The authors found that found that multiple demographic factors, including being male, conservative, less educated, religious, or nationally identified, were associated with negative attitudes towards refugees. The authors also found that ideological factors impacted prejudice such that right-wing authoritarianism and social dominance orientation were predictive of negative refugee attitudes, while increases in macro-justice principles were associated with a decrease in prejudice.

Further, the authors found that perceptions of refugees as both symbolic and realistic threats contributed to increases in prejudice. Lastly, they discovered that publication status was a significant moderator of the observed effect sizes for symbolic and realistic threat, indicating potential publication bias. However, they did not find significant effects on any other variable, and sample location did not moderate most effect sizes aside from some demographic and threat-perception variables.

The authors note that while these findings lend support to the larger literature on prejudice, there are features specific to refugees that differ from other targets of prejudice, and as such more research is warranted to understand the unique nature of refugee-specific prejudice. From their findings, however, the authors are able to draw several practical implications.

“[Our findings] provide direction for ameliorating inter-group relations between refugees and host-country locals,” write the authors.

“For example, interventions with the aim of increasing tolerance and/or reducing prejudice against this group could use these findings (i) to identify certain social groups that need targeting (e.g., individuals who are politically conservative, nationalistic, etc.) and (ii) to inform the type of content that should comprise the interventions (e.g., focusing on reducing misinformation that suggests threat-promoting endorsement of macro-justice principles, etc.)…”

“Continued work in this sphere is necessary to understand the consequences of prejudice for refugees, not only in terms of their negative impact of being targeted but for the practical aspects such as how it impacts their treatment by host-culture members.”

The authors mention three major limitations to their study: first, much of their data was from Australia, which is biased by the country’s isolation from countries of refugee origin and low refugee intake. Second, many studies used in the meta-analysis did not differentiate between refugees and asylum seekers, despite differences between the two categories. Last, the authors postulate that there are attitudinal constructs that escaped their analysis, including attitudes towards forced v. voluntary migration or policies relevant to refugees.

“First, little is known about prejudice towards different refugee groups, including whether or not differences exist based on their state of origin (e.g., African versus Asian refugees), their own social-group memberships (e.g., religious, ethnic, etc.) and their method of arrival in the host culture (e.g., boat arrivals versus resettlement from camps, etc.).”

“Second, little research is being conducted in countries that are most affected by the refugee crisis, including those neighboring the areas of conflict causing the displacement and those hosting the majority of the world’s refugees.”

“Third, there is a lack of longitudinal data available exploring changing patterns of attitudes towards refugees. And, finally, little research is exploring the mechanisms that underlie these relationships that would allow an empirically based generation of refugee- specific prejudice interventions, aimed at improving inter-group relations between refugees and locals.” 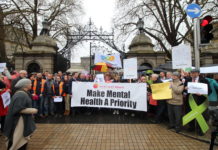 How to Integrate Culture into Mental Health Care 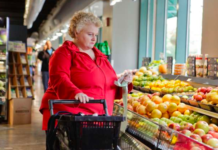 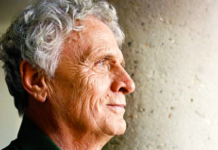