The following is an open letter published in response to an article we ran in Around the Web recently, “Why ‘Happy’ Doctors Die by Suicide.”

From RxISK: “Pamela Wible, M.D. has been one of the leading voices speaking out about physician suicide.  She has done a lot of good, too, by being open about the abuse of doctors by the system – students and junior folks especially – instead of just reciting bland slogans about mental illness and ‘stigma.’

A week ago, however, she blogged about ‘Why Happy Doctors Die By Suicide.’  It was also published on Medscape, a bigger and more corporate-type audience than she usually gets.  It’s a big step backwards.

The doctor guy whose death she recounts was clearly a victim of his psychiatric treatment far more than his professional or personal angst.  Yet she turns his death into a sanitized plea for less harsh treatment of doctors (by the ungrateful public, mainly) and easier access to treatment. 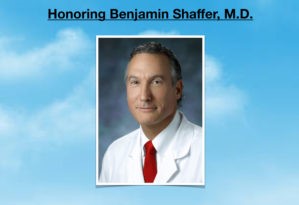