From The Guardian: “What a difference a decade can make. Last week, Spears posted a quote on her Instagram page – ‘Fall in love with taking care of yourself, mind, body, spirit’ – along with a caption that read: ‘We all need to take time for a little “me time,”‘ followed by a smiley face. It was timed to coincide with reports that she had checked herself into a mental health facility for 30 days. This news has been unaccompanied by frenzy or hysteria. Instead, though widely reported and unpicked, it has been treated with something approaching respect and certainly a wider understanding of the situation. The messages of love and support posted by fans seem supportive and empathetic; the tabloid reports relatively muted and factual.

In the Asif Kapadia documentary about Amy Winehouse, one of the moments that remained with me was how much the singer’s struggles had become a punchline, an excuse for a gag, even a fancy dress costume. To watch people wisecracking about her troubles, through the awful lens of hindsight, is terrible and tragic. Perhaps it’s too generous, but I find it hard to imagine that same sort of blase mockery happening now. […]

The difference between how Spears has been discussed this past week, compared to the gruesome running commentary of 2008, is striking. Suffering is less a spectacle, more something to be understood. It is a tentative sign that the conversation is, at last, maturing.” 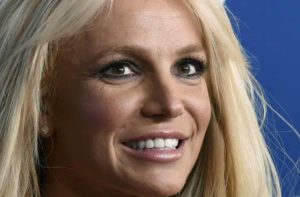