From Slate Star Codex: “While psychiatrists have been playing around with samples of a few hundred people (the initial study ‘discovering’ 5-HTTLPR used n = 1024), geneticists have been building up the infrastructure to analyze samples of hundreds of thousands of people using standardized techniques. Border et al. focus this infrastructure on 5-HTTLPR and its fellow depression genes, scanning a sample of 600,000+ people and using techniques twenty years more advanced than most of the studies above had access to. They claim to be able to simultaneously test almost every hypothesis ever made about 5-HTTLPR, including ‘main effects of polymorphisms and genes, interaction effects on both the additive and multiplicative scales and, in G3E analyses, considering multiple indices of environmental exposure (e.g., traumatic events in childhood or adulthood).’ What they find is…nothing. Neither 5-HTTLPR nor any of seventeen other comparable ‘depression genes’ had any effect on depression. […]

What bothers me isn’t just that people said 5-HTTLPR mattered and it didn’t. It’s that we built whole imaginary edifices, whole castles in the air on top of this idea of 5-HTTLPR mattering. We ‘figured out’ how 5-HTTLPR exerted its effects, what parts of the brain it was active in, what sorts of things it interacted with, how its effects were enhanced or suppressed by the effects of other imaginary depression genes. This isn’t just an explorer coming back from the Orient and claiming there are unicorns there. It’s the explorer describing the life cycle of unicorns, what unicorns eat, all the different subspecies of unicorn, which cuts of unicorn meat are tastiest, and a blow-by-blow account of a wrestling match between unicorns and Bigfoot.

This is why I start worrying when people talk about how maybe the replication crisis is overblown because sometimes experiments will go differently in different contexts. The problem isn’t just that sometimes an effect exists in a cold room but not in a hot room. The problem is more like ‘you can get an entire field with hundreds of studies analyzing the behavior of something that doesn’t exist.’ There is no amount of context-sensitivity that can help this. […]

I think we should take a second to remember that yes, this is really bad. That this is a rare case where methodological improvements allowed a conclusive test of a popular hypothesis, and it failed badly. How many other cases like this are there, where there’s no geneticist with a 600,000 person sample size to check if it’s true or not? How many of our scientific edifices are built on air? How many useless products are out there under the guise of good science? We still don’t know.” 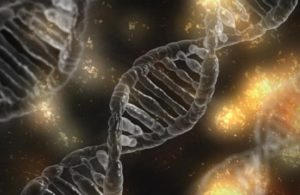