From Slate Star Codex: “You know how drug companies pay six or seven figures for thirty-second television ads just on the off chance that someone with the relevant condition might be watching? You know how they employ drug reps to flatter, cajole, and even seduce doctors who might prescribe their drug? Well, it turns out that having 15,000 psychiatrists in one building sparks a drug company feeding frenzy that makes piranhas look sedate by comparison. Every flat surface is covered in drug advertisements. And after the flat surfaces are gone, the curved sufaces, and after the curved surfaces, giant rings hanging from the ceiling.

The ads overflow from the convention itself to the city outside. For about two blocks in any direction, normal ads and billboards have been replaced with psychiatry-themed ones, until they finally peter off and segue into the usual startup advertisements around Market Street.

There’s a popular narrative that drug companies have stolen the soul of psychiatry. That they’ve reduced everything to chemical imbalances. The people who talk about this usually go on to argue that the true causes of mental illness are capitalism and racism. Have doctors forgotten that the real solution isn’t a pill, but structural change that challenges the systems of exploitation and domination that create suffering in the first place?

No. Nobody has forgotten that. Because the third thing you notice at the American Psychiatric Association meeting is that everyone is very, very woke.” 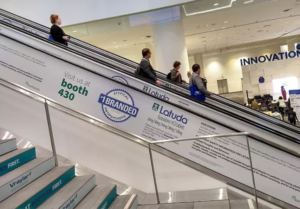