From Tricycle: The Buddhist Review: “All my analyst required me to do was to show up and to talk. And as I began to speak, my emotional body seemed to wake up and find its voice. And, lo and behold, it had a lot to say. I kept talking and my analyst kept listening.

One day, as I was nattering on about something that happened when I was a child, my analyst observed, quietly, ‘You seem sad.’ I started to protest, but then stopped. He had heard it. The sadness underlying my brittle cheerfulness. And then, maybe for the first time, I heard it too. And I started to cry.

This crack in my veneer led me to uncover the deep-seated emotional conflicts that had been festering in my unconscious for years. As we began to explore them, I gradually started to feel better and my life-long anxiety symptoms, such as an exaggerated startle response and chronic nausea, disappeared completely.

Therapy was able to resolve issues that meditation never had.

Over time, I realized that none of my Buddhist teachers had ever really listened to what I had to say. Even with the appearance of a relationship between a meditator and a teacher, when I was performing mindfulness meditation practices, I was basically alone. With my analyst, I was not. And that seems to have made all the difference.” 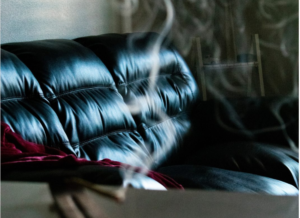