Since the 1990s, the United States has steadily progressed towards unprecedented heights of success in median household income, literacy, and longevity. Yet we are also killing ourselves at a rate of 33% more since 1999 and 45% more globally (which is about 1 person every 40 seconds). Rational thought suggests that as persons become healthier, wealthier and more literate, so too should they become happier. The numbers seem to point to the exact opposite. Everyone seems to be increasingly miserable, at least in the U.S.

As the world economic leader in GDP at $24 trillion per year, the United States has had steadily rising suicide rates for nearly two decades, though when compared to other economic leaders, it remains the outlier; the rest have dropped. According to the World Health Organization, at the turn of the century, the United States had 10.1 suicides out of every one hundred thousand persons. In 2016, that number increased to 13.7 for a total of about one hundred twenty-nine persons per day. (Suicide attempts reached 1.4 million per year.) In China, the same measure decreased from 14.1 to 8. Likewise, economic leaders such as France, Germany, Japan, India, the UK and Italy all had decreases. Why is the United States unique in its degree of misery?

Some argue for an affluenza thesis which asserts that the increase in wealth is the variable correlated with general malaise, depression and nihilism. The data helping to justify this thesis shows that only white middle-aged men in high-income countries have higher suicide rates than white middle-aged men in lower income countries. But according to the WHO, with that exception aside, lower and middle class means higher rates of depression and suicide, and in the United States this is more pronounced than anywhere else.

When economists measure wealth distribution inequality, they often use a coefficient named GINI, after its creator Corrado Gini, who first introduced the ratio in 1912. The GINI coefficient is measured between 0 and 1, where 0 represents a purely equal economic distribution among all persons, and 1 represents the most economically unequal distribution of wealth, so that, for example, one household would have all the wealth. The United States has the highest GINI coefficient (with the exception of Israel) of any free market democracy in the world. This means that paychecks for the middle and lower classes are proportionally the most unequal when compared to the paychecks of the upper class. What is also noteworthy is that the rise of this inequality in the United States started in the 1980’s but really skyrocketed in the mid 1990s, where today we can see impossible ratios, such that the top 1 percent has nearly 40% of the wealth. The wealth of the top 1 percent grew from about 29% in 1989, to about 39% in 2016, though the wealth of the bottom 90% decreased during the same time from about 33% to about 23%. In short, the United States has the worst distribution of wealth than any other free market democracy.

What does this all mean for our median person? Earning in pocket about $2300 a month at 40.3 hours per week of labor and considering the average rent of $1400 and credit card debt of $4000, most persons (about 59%) are left with just a few hundred dollars a month for utilities, food, gas/transportation, health care, clothes and other necessities. Any chance at saving money, particularly when a financial problem arises, is near impossible. These pressures have mounted over the years.

The extreme psychological instability of walking along this tightrope of financial survival generates enormous levels of anxiety and misery for the average person, to say nothing of those worse off. The poorer one is, the greater the increase in the possibility of overall mental health problems, including depression, anxiety, and suicidal thoughts. What happens psychologically to a person under these conditions?

Psychoanalytic thinking helps to reveal more precisely some of the internal difficulties one faces by these profoundly difficult conditions. The perpetual threat to basic needs such as home, food, and clothes, despite one’s dedication to work, coupled with the belief in meritocracy, damages a capacity of psychological life which is foundational to becoming a thinking and symbolizing individual. This psychological capacity, known as a container, develops over time in the presence of an external environment that is secure and safe enough. By means of this container, one learns to differentiate one’s own sensations, fantasies, thoughts and feelings from those of others, and to tolerate and process the more difficult and upsetting experiences. That is to say, the container of the mind demarcates a psychic space in which one can become an individual. A world ubiquitously threatening these basic needs exerts enough steady force to ultimately crack the integrity of this container, weakening the mind’s ability to perform its higher functions, thus lowering one’s overall cognitive and symbolizing capacities towards more basic ones.

This permits external intrusion more easily, causes one to struggle even to think, and to acquiesce more easily to the demands of others, such as bosses, politicians or other authority figures, even if to do so would not be in one’s best interest. Often folks complain of being exhausted all the time, burned-out, or falling apart, which reflect not only the stress from the day-to-day hustle, but also the psychological damage done to this container by the economic conditions of everyday life. Responses to the complaint commonly fall under the category of increased austerity: sleep better, exercise more, eat healthier, take medication. The goal is to create a person more tolerant of the demands of these brutal economic conditions, even though attempting to meet these demands benefits the ruling class alone. In short, one is repeatedly damaged towards incapacity without being able to identify or describe the torturer.

To make matters more complicated, mental health professionals are complicit in reinforcing economic inequality when they encourage patients to think about their suffering while necessarily excluding explanations about economic conditions. For example, a popular theme among therapists today is to work with patients on their poor boundaries. Therein one learns to “maintain personal integrity” and to “learn to say no.” This represents a futile attempt to strengthen a fragmented container since the therapeutic aim targets poor interpersonal relationships, not the relationship between economic conditions and psychological life. The mental health community psychologizes one’s economic conditions into a problem of poor interpersonal relationships, and in so doing, continues to function as an army of consciousness-colonizers on behalf of the elite. If there were ever a need for greater boundaries, it would be to help persons reject the pathological accommodation to the ways in which the system functions to exploit and dominate.

Wealth inequality combined with the belief in meritocracy in the United States—that hard work alone will lead to success, which is a flat out lie—generates enough misery for a large number of persons such that suicide (and perhaps homicide) appears to be a viable option. The capitalistic configuration of subjectivity today demands that the vast majority of us will struggle financially with no way to improve throughout the duration of our lives, thus increasing suicidality, for no other reason than that most of the money earned in this country goes to the ruling class.

The order of the day will no longer be declared as a reign of terror. Instead, today, our creaturely comforts are just enough to keep us glued together, but with the constant existential threat of falling apart. This tension, which links together many of us, generates mental torment without an idea of how it comes about or how to solve it, such that we become depressed, anxious, and for some even suicidal. We have been so totally conditioned to believe that the problem is located inside of us, that we cannot see that the hoarding of wealth by elites is a precise cause of misery for nearly all of us. 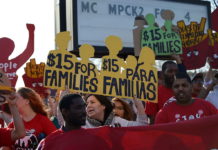 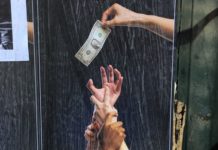 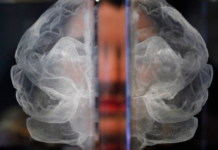 How Poverty Changes the Brain