From The Guardian: “Torture is the word I used this week to describe the treatment of children and young adults in private and NHS units, following publication of a Care Quality Commission report about the use of restraint and segregation in these places. The report detailed accounts of being locked in rooms without access to the outside, fed through hatches, for weeks, months or even years. One boy had not been washed for six months, while staff had to shout at another young man through a window because there was no equipment to enable communication. They would hold a book up at the window for him to read while he spent most of his time naked under a blanket.

Another long-awaited report commissioned for the NHS was also published on the same day, showing that women and men with learning disabilities die 27 and 23 years earlier than the general population. It’s further evidence of the differential treatment certain people receive in the NHS and the impact it has on their lives.

As I read these reports, I thought about Connor, our 18-year-old son, who died in a specialist NHS unit in 2013 only months after his admission. Within hours of being admitted to the unit, Connor, who was in a clearly distressed and terrified state, was restrained face-down for more than 10 minutes by four staff members. Up to that moment he was a schoolboy who had never experienced any physical discipline. We struggled to tell him off as he was genuinely funny, honest and cheeky.

A couple of days later, I’m still puzzling over the peculiar inability of the government to even discuss whether the CQC report (and others like it) documents torture. I stand by my use of the word on Radio 4’s Today programme. The UN definition of torture states that it includes severe pain or suffering for any reason ‘based on discrimination of any kind, when such pain or suffering is inflicted by or at the instigation of or with the consent or acquiescence of a public official or other person acting in an official capacity’.

As a society we’ve long been aware of these abuses. On Wednesday night, Panorama aired a new undercover investigation of a hospital for ‘vulnerable adults’, a full eight years after it exposed torture and abuse at Winterbourne View. Despite the considerable outrage at the time that led to the private unit’s closure, the new reports out this week reveal that these abusive practices are still going on.” 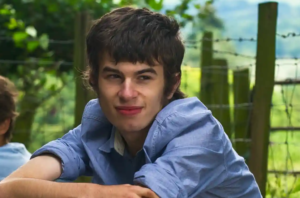