A recent study, published in the journal Developmental Psychology, clarifies different elements of “critical consciousness” and explores the relationship these elements have to youth well-being. The results of their analyses suggest that middle school students with less trust in the fairness of U.S. political structures, government efficacy, and personal political agency suffer increased mental health problems and have lower rates of academic success. These and additional findings provide new avenues for thinking about efforts in critical education and social justice.

“Originally conceptualized by Brazilian educator Paulo Freire, critical consciousness describes the process through which people become critically aware of the social and historical roots of structures that perpetuate their marginalization, and take action to address this oppression,” write Dr. Erin B. Godfrey and colleagues, from the Department of Applied Psychology at New York University.

“In recent years, developmental scholars have built on Freire’s framework to explore how an awareness of structural inequality and oppression can empower marginalized youth (e.g., youth of color; low-income youth) to change these realities, with positive developmental consequences.”

Psychologists, social workers, and other mental healthcare professionals are becoming increasingly aware of the significant impact that social and economic factors have on well-being. As opposed to viewing the individual person and their biochemical makeup as an isolated system, many researchers are exploring how factors such as socioeconomic status, gender identity, and racial oppression contribute to human suffering. This understanding has prompted a turn for many researchers, clinicians, and individuals suffering the effects of their social systems, toward social justice and broader systemic change.

Brazilian educator and revolutionary Paulo Freire emphasized the need for a rise in “critical consciousness” about structural inequalities and other oppressive forces that result in suffering and marginalization, as well as participation in social and political action toward changing those conditions. Freire believed that reflection and action were mutually enhancing, such that participation in social change could deepen one’s understanding of structural problems, and vice versa.

Developmental psychologists have picked up these threads within Freire’s work, furthering research into the effects of critical consciousness on youth well-being, and more systematically tracing its distinct elements.

The current study analyzed the relationship between three different elements of critical consciousness: a) critical reflection, b) sociopolitical efficacy, and c) critical action. Critical reflection is defined as youths’ ability to understand the world around them, such as how systemic inequalities may bar them from opportunities for success and increase their marginalization. Sociopolitical efficacy relates to youths’ sense of their ability to change these conditions or their sense of empowerment. Finally, critical action refers to youths’ involvement in efforts to change unjust sociopolitical and economic realities around them.

The researchers focused on how these factors relate to each other and to measures of youth well-being, such as demographic characteristics, socioemotional outcomes, and academic success. They surveyed 448 non-white youth of various ethnic/racial, socioeconomic, and gendered backgrounds within the New York public middle school system. Answers to survey questions measuring critical consciousness and well-being outcomes were submitted to statistical analysis.

Four different classes or typologies of middle school students were determined from the initial analysis. Class 1 was characterized as being unaware of economic and racial injustices, while also demonstrating the lowest levels of belief in the fairness of political realities in the U.S. They also showed the lowest levels of internal political efficacy, or faith in their ability to effect change, as well as a commitment to action. However, they did demonstrate a moderately high belief in government authorities’ efficacy at solving problems.

Class 2 was also characterized as unaware of injustices, but content with their ability to effect change and with government efficacy. They expressed high belief in U.S. fairness.

Class 3 were highly critical about economic and racial inequality. They had mid-level belief in U.S. fairness, high trust in government efficacy, mid to high internal political efficacy, and mid-level commitment to action.

The researchers found no significant differences between the classes in terms of gender or socioeconomic status, but they did find that African American students were the least likely group to belong to class 2 (uncritical and content with the system). Chinese students were the most likely.

Predictably, students in class 2 were significantly less likely to show depressive symptoms compared to class 4, the critical group which had very low belief in government authorities’ efficacy or commitment to changing political realities. Class 2 students also had significantly higher academic engagement and competence than class 4, as well as higher grades than the other classes.

“Overall, youth in Class 4 (critical and discontented but efficacious) had worse socioemotional and academic well-being than youth in Class 2 (acritical, contented, and efficacious), reporting more depressive symptoms, lower academic competence, lower academic engagement, and worse grades after controlling for race/ethnicity. Thus, critically reflective youth who do not trust the government seem to suffer in their socioemotional and academic well-being, at least compared to youth who are less critical and more trusting.”

This study points to the complexity of critical consciousness and offers new ways of thinking about educating youth and encouraging social action. The researchers suggest, for example, that students who are uncritical but have a high belief in U.S. fairness may benefit from further critical education if it is framed as true to American ideals. Understanding how critical consciousness affects marginalized youth, and how they can best be prepared to tackle systemic injustices affecting their well-being, remains a pressing psychological issue in need of more research. 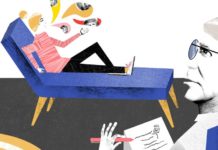 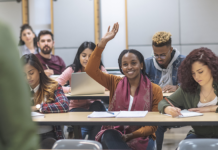