From The Herald Scotland: “Dr Peter Gordon, an experienced old age psychiatrist from Bridge of Allan, resigned from the Royal College of Psychiatrists Scotland in November last year.

In his resignation letter – which he subsequently published on his online blog – Dr Gordon criticised the College’s treatment of patients who had suffered ‘less than positive, and sometimes harmful, effects of psychiatric interventions including prescribed medications’.

He said the College was too close to the pharmaceutical industry, adding: ‘as a direct consequence informed consent and realistic psychiatry are compromised’.

Within days, however, Dr Gordon was shocked to learn that Dr John Crichton – the chairman of the College in Scotland and vice-president of its UK body – had contacted the medical director of NHS Lothian directly to raise concerns about Dr Gordon’s mental health.

Dr Gordon, 51, said: ‘I was quite distressed by that. I was not unwell. At that point I thought, “I’ve just had enough of how I’ve been treated by the Royal College of Psychiatrists for trying to raise ethics of good medical practice, patient safety”.

‘We’re supposed to be encouraged to have freedom to speak up and put patients first. That’s all I’ve tried to do.

Dr Gordon, who works at St John’s Hospital in West Lothian, has been an outspoken campaigner for greater transparency around antidepressants after trying to take his own life in 2004 as a result of severe withdrawal symptoms when he attempted to wean himself off Seroxat . . .

In the months before his resignation, Dr Gordon had also made a Subject Access Request to the College seeking copies of all communications relating to him.

In response, he received more than 300 pages of documents, of which 93 A4 sides were completely redacted and 94 had blacked out everything except a subject heading, date and address.

The remainder was also heavily redacted, but included an email where Dr Gordon was described as ‘being quite difficult’.” 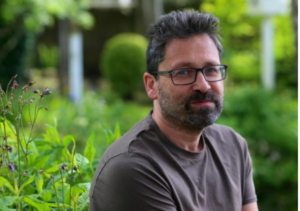