From The Guardian: “C&R. Control and restraint. The legal (if controversial) techniques that mental health nurses are trained in to render a person unable to fight back. In subsequent years, this training would be rebranded as ‘prevention and management of violence and aggression’, which is reasonable if a person is smashing up the ward or threatening to hurt someone; but at times like this, for my money, the first description felt more honest . . .

Amit was sitting on his bed, smoking and tuning through the static on a portable radio. He was talking to somebody that none of us could see. He looked up. There were five of us.

A colleague of mine explained his options, such as they were. But that’s the bit that stayed with me. Do I have to beg you? It’s why I struggled to keep my hands from shaking as he was eventually held down on his bed and I administered the injection. He didn’t put up a fight. We weren’t preventing and managing violence and aggression. From Amit’s perspective, I don’t doubt we were perpetrating it. In that moment, however good my intentions, I was knowingly participating in his suffering.” 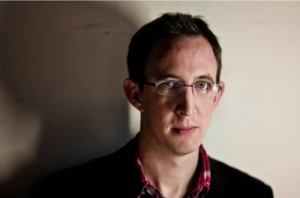