From Uplift: “In the shamanic view, ‘mental illness’ signals ‘the birth of a healer,’ explains [West African Shaman] Malidoma Patrice Somé. Thus, mental disorders are spiritual emergencies, spiritual crises, and need to be regarded as such to aid the healer in being born.

What those in the west view as mental illness, the Dagara people regard as ‘good news from the other world.’ The person going through the crisis has been chosen as a medium for a message to the community that needs to be communicated from the spirit realm. Dr. Somé comments:

Mental disorder, behavioral disorder of all kinds, signal the fact that two obviously incompatible energies have merged into the same field.

These disturbances result when the person does not get assistance in dealing with the presence of the energy from the spirit realm.

One of the things Dr. Somé encountered when he first came to the United States in 1980 for graduate study, was how this country deals with mental illness. When a fellow student was sent to a mental institute due to ‘nervous depression,’ Dr. Somé went to visit him.

I was so shocked. That was the first time I was brought face to face with what is done here to people exhibiting the same symptoms I’ve seen in my village.

What struck Dr. Somé was that the attention given to such symptoms was based on pathology, on the idea that the condition is something that needs to stop. This was in complete opposition to the way his culture views such a situation. As he looked around the stark ward at the patients, some in straitjackets, some zoned out on medications, others screaming, he observed to himself:

So this is how the healers who are attempting to be born are treated in this culture. What a loss! What a loss that a person who is finally being aligned with a power from the other world is just being wasted.

‘The Western culture has consistently ignored the birth of the healer,’ states Dr. Somé.

Consequently, there will be a tendency from the other world to keep trying as many people as possible in an attempt to get somebody’s attention. They have to try harder.

The spirits are drawn to people whose senses have not been anesthetized. ‘The sensitivity is pretty much read as an invitation to come in,’ he notes.

Those who develop so-called mental disorders are those who are sensitive, which is viewed in Western culture as oversensitivity. Indigenous cultures don’t see it that way and, as a result, sensitive people don’t experience themselves as overly sensitive. In the west, ‘it is the overload of the culture they’re in that is just wrecking them,’ observes Dr. Somé. The frenetic pace, the bombardment of the senses, and the violent energy that characterize Western culture can overwhelm sensitive people.

With schizophrenia, there is a special ‘receptivity to a flow of images and information, which cannot be controlled,’ stated Dr. Somé.

When this kind of rush occurs at a time that is not personally chosen, and particularly when it comes with images that are scary and contradictory, the person goes into a frenzy.

What is required in this situation is first to separate the person’s energy from the extraneous foreign energies, by using shamanic practice (what is known as a ‘sweep’) to clear the latter out of the individual’s aura. With the clearing of their energy field, the person no longer picks up a flood of information and so no longer has a reason to be scared and disturbed, explains Dr. Somé.

Then it is possible to help the person align with the energy of the spirit being attempting to come through from the other world, and give birth to the healer. The blockage of that emergence is what creates problems. ‘The energy of the healer is a high-voltage energy,’ he observes.

When it is blocked, it just burns up the person. It’s like a short-circuit. Fuses are blowing. This is why it can be really scary, and I understand why this culture prefers to confine these people. Here they are yelling and screaming, and they’re put into a straitjacket. That’s a sad image.

Again, the shamanic approach is to work on aligning the energies so there is no blockage, ‘fuses’ aren’t blowing, and the person can become the healer they are meant to be.

It needs to be noted at this point, however, that not all of the spirit beings that enter a person’s energetic field are there for the purposes of promoting healing. There are negative energies as well, which are undesirable presences in the aura. In those cases, the shamanic approach is to remove them from the aura, rather than work to align the discordant energies.” 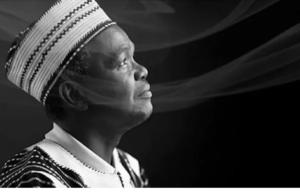