From AlterNet: “Big Pharma’s trail of greed, power, and cruelty gets worse every year. Its products and practices take hundreds of thousands of lives in the U.S. from over-prescriptions, lethal combinations of prescriptions, ineffective or contaminated drugs, and dangerous side-effects.

The biggest drug dealers in the U.S. operate legally. Their names are emblazoned in ads and promotions everywhere. Who hasn’t heard of Eli Lilly, Merck, Pfizer, and Novartis? Big Pharma revenues and profits have skyrocketed. In 2017, the U.S. consumers spent $333.4 billion on prescription drugs.

. . . The FDA weakly regulates drugs, which are supposed to be both safe and effective, before they can be sold. Who funds this FDA effort? The drug industry itself—required by a law it has learned to love . . .

Big Pharma’s greatest strength is its hold over Congress. That is where it gets its huge bundle of subsidies and monopolistic privileges . . .

Yet exposure has not stopped the worsening behavior of Big Pharma. Good books by Katharine Greider (The Big Fix) and Dr. Marcia Angell (The Truth About the Drug Companies) are devastating critiques of Big Pharma’s practices. Despite this, the books reach small audiences and are brushed off by the drug giants. Big Pharma is able to ignore these books because it controls most of Congress—candidates rely heavily on the industry for campaign budgets.

But the American people outnumber the drug companies and only the people can actually vote come election time. Focused voters mean more to politicians than campaign money. The August recess for Congress means your lawmakers are back home having personal meetings. Visit them and make known your demands against the ‘pay or die’ industry. Tell them your own stories.” 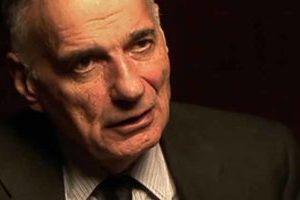