From Lown Institute: “Steve’s story of overprescribing began when he experienced symptoms of depression as an undergraduate and sought psychological help. He was prescribed an SSRI (Zoloft), which led to feelings of apathy and numbness. He also began to experience sexual dysfunction, which is often common in patients who are prescribed antidepressants. In order to treat erectile dysfunction, Steve was prescribed Wellbutrin, another antidepressant. Within a month or two he began to lose motor control of different parts of his body, often causing him to bang his head uncontrollably against the wall. When he confronted his psychiatric nurse practitioner over this traumatic and abnormal side effect, she attributed it to bipolar disorder. ‘She saw the problem as “existing in me” and not an effect of the drugs,’ said Steve.

Additional antipsychotics were prescribed to tame the behavior, but the combinations of, and cross titration between, medications left him feeling more depressed than when he first sought out help. When he would try to stop, he often was left feeling non-functional, in what he described as a vegetative state. The worst to discontinue, in Steve’s experience, were the antidepressants. 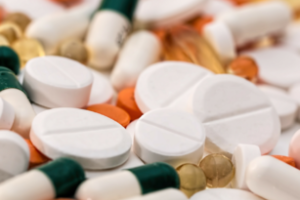