From The Baltimore Sun: “Dr. Healy and his co-authors argue that the likeliest explanation for the excess of suicides in the modern-day cohort is due to so-called ‘antipsychotic’ drugs, which did not become available until the 1950s. In a previous paper, Dr. Healy analyzed RCT data for the antipsychotics Risperdal, Zyprexa, Seroquel, Serdolect and Geodon. He found the rate of suicidal acts in the treatment arm was almost four times that of the placebo arm. There were no suicides out of 1,351 patients given placebo, whereas the 12,817 patients in the treatment arm included 33 completed suicides.

Or as Dr. Healy put it, graphically and succinctly, ‘When it comes to dead bodies in current psychotropic trials, there are a greater number of them in the active treatment groups than in the placebo groups. This is quite different from what happens in penicillin trials or trials of drugs that really work.’ ” 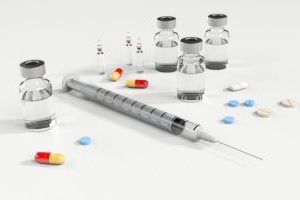