From Kaiser Health News: “Denver is one of at least eight cities considering an Oregon program called Crisis Assistance Helping Out On The Streets to decriminalize and improve the treatment of people with severe mental illness — while saving the city money. The 30-year-old CAHOOTS program diverts nonviolent, often mental health-related 911 calls to a medic and a mental health professional instead of law enforcement . . .

Denver police and community service providers visited Eugene, Ore., in May to shadow CAHOOTS teams. Denver police officials said they are considering the model as an option to push beyond their existing co-responder program that sends mental health professionals on about six 911 calls a day . . .

Nationally, police officers carry the brunt of responding to mental health issues. In 2017, law enforcement agencies spent $918 million transporting people with severe mental illness, according to a 2019 survey from the Treatment Advocacy Center. It also estimated that officers spend 21% of their time responding to and transferring people for mental health issues . . .

Like many police departments, Denver is feeling the pressure of mental health issues. From July 2018 to July 2019, the department said, it received 15,915 mental health-related calls, almost a 9% increase from its annual average over three years . . .

Lisa Raville, executive director of Denver’s Harm Reduction Action Center, a Denver nonprofit focused on helping those who use drugs, asserts that the power of a CAHOOTS program lies in its community relationships and the ability of first responders to simply ask, ‘How can I support you today?’

‘And then you can do it. Maybe it can be possible. Maybe this person can find some sort of safety,’ she said. ‘We all deserve that.'” 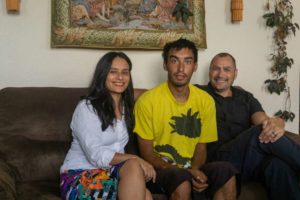