This week on MIA Radio, we interview US Navy Veteran and Co-Founder of Minority Veterans of America, Lindsay Church. Lindsay served from 2008-2012 as a Cryptologic Technician Interpretive (Linguist). During her time in the service, she attended language school at the Defense Language Institute in Monterey, CA where she learned Persian-Farsi. After spending two years at a cyber intelligence command, she left the Navy and returned home to Seattle.

In 2017, Lindsay started the Minority Veterans of America to ensure there is a community of support around the underrepresented veterans so that we may see the true diversity of the U.S. military reflected in our veteran communities. 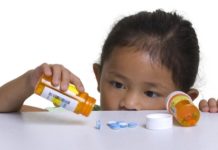