From Medscape: “A former New York University School of Medicine, Langone Medical Center psychiatry researcher faked clinical data for research with federally funded grants worth millions of dollars, according to the US Office of Research Integrity (ORI).

In studies of anorexia, depression, and posttraumatic stress disorder (PTSD), Alexander Neumeister, MD, ‘misrepresented the characteristics of the subjects entered in the research’ using tactics such as ‘combining data from multiple subjects to represent single subjects to justify financial payments’ and ‘changing and/or instructing his staff to change, omit, or ignore clinical and psychiatric assessment data contained in the electronic and/or written research records,’ the federal watchdog said today.

Neumeister, who agreed to a 2-year ban on federal funding and to correct or retract four papers — two of which appeared in JAMA Psychiatry — noted that the settlement agreement says he did not admit or deny the ORI’s findings of research misconduct.” 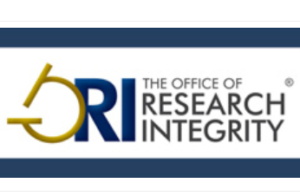