Research has suggested that there is a divergence between scientific understandings of depression and the way that depression is experienced by those diagnosed. A new study, conducted by a team of researchers led by Miraj Desai at the Yale University School of Medicine, explored these discrepancies further. In-depth interviews with individuals who had screened positive for depression indicated that their experiences were connected intimately to a declining sense of purpose.

People who screened positive for depression were “dealing with profound ruptures to what they were living for—their dreams for work, relationships, and a meaningful life,” Desai and his co-researchers write. Rather than describing their experience in terms of a “depressive illness,” participants in this study traced their declining sense of purpose to the ways their goals and values in life had been threatened. In turn, they experienced accompanying constrictions in their energy, action, and body.

“The present study found that the experiences underlying a positive depression screen were best characterized as a context-dependent, life-historical phenomenon,” Desai and team write, adding:

“The problem for participants was a world in which they now faced a declining sense of purpose and incapacity to reach goals. During moments when various individuals did reflect on their situation, the experiences in question were viewed more in terms of their biographical import (e.g., a “noble struggle” for social justice), rather than as a biomedical illness or disorder.”

Incongruencies that exist between patient perspectives and scientific conceptualizations raise various problems. Patients’ viewpoints affect how they go about seeking help, their preferences for treatment, treatment engagement, the patient-provider collaboration process, and finally, the outcomes of treatment. In other words, how individuals understand their experiences of depression matters, and if this perspective is overlooked, it can impinge healing and resolution.

Notably, wider discrepancies between biomedical explanations of depression (e.g., depression is a medical illness) and beliefs about depression that exist in communities of color have been observed. African Americans and Hispanic Americans are more likely to view depressive experiences as related to social difficulties, including financial problems, caretaking burdens, and inadequate housing. One study found that Chinese Americans who had screened positive for depression often did not perceive themselves as having a psychiatric condition.

Desai and colleagues conducted their study “to narrow the gap between community perspectives and scientific knowledge.” Using a qualitative approach designed to explore the meanings participants initially make of their experiences, phenomenological inquiry, the researchers endeavored to remain as close as possible to participants’ understandings of depression and abstain from applying external interpretations.

Participants included patients who were seeking help for medical conditions at a primary care clinic in New York City. While waiting for their regular physician’s appointment, participants were recruited who were not currently utilizing behavioral health services, had screened positive for depression, as measured by the Patient Health Questionnaire-9 (PHQ-9) instrument. To focus on the study’s aim to explore possible divergent perspectives, patients who were currently receiving mental health treatment were not included.

Overall findings of this study revealed that those who screened positive for “depression” characterized the experience as the destruction of what they were living for, of “what they centrally valued in their lives,” write Desai and team. They did not describe it as a clear, distinct depressive illness or disorder. In this way, the nature of their suffering as rooted in threatened life goals and values was only partially captured by screenings that focused on individuals’ thoughts and bodily experiences.

Rather than being central to their experience, constrictions of participants’ bodies, actions, and energy were described as paralleling and accompanying the overarching decomposition of their life’s purpose. Desai and team write:

“The ensuing experiential process, in the face of decaying life purpose, involved enjoyment of their situations turning to sadness about them, their active body becoming passive, time becoming stuck in a hollow present as the future collapsed, and space contracting.”

Participants expressed this experience in different ways. Many discussed a moment in their lives when they were grappling with an unclear future—the sense that they were heading in an unsteady or uncontrollable direction. Desai and colleagues write that he participants “understood important, even cherished life goals and pursuits—in the course of their quest for love, work, and meaningful participation in the world—as under threat, facing the possibility of destruction, or having been actually destroyed.”

Moreover, individuals focused primarily on the challenges they faced regarding important life commitments as a core feature of the experience. They did not understand their situation as a formal health condition. Unlike how depression has been framed in the scientific community, participants did not describe a clear constellation of symptoms. Desai and team write:

“Many did not use the word ‘depression,’ and for those who did. . . the word typically carried life historical meanings, often implying great sadness at losing the good or frustration in relation to thwarted life pursuits, rather than a medical condition.”

Sadness, passivity, and stuckness characterized participants’ experiences. “In the midst of failing efforts toward goals,” write Desai and team, “individuals’ lives and bodies, now without a central unifying purpose, started to erode.” Furthermore, participants experienced a sense of being devalued, experiencing low social worth, and a sense of failure.

They felt blameworthy, incapable, and worthless. This demonstrated a complex, interdependent relationship between self and other. For instance, feeling a greater sense of self-worth is connected to experiences of being valued and chosen by others (e.g., obtaining a job, maintaining a relationship).

Desai and colleagues describe this experience by those diagnosed and demonstrating a teleological structure. Individuals’ sense of direction and purpose was at the heart of participants’ wellbeing. The collapse of these life goals and values “underpinned a positive depression screen.” Is the loss of this direction and purpose then, that in turn manifests as problems in “body, behavior, emotion, and thought.”

They summarize the meaning of this finding:

“We contend that this structure has not been adequately accounted for in the mental health literature, nor given an equal footing in the wider world of theory and research design, which remain mostly focused on illness, intrapsychic, cognitive, and context-independent conceptualizations and explanations.”

Implications offered for how treatment approaches can change based upon this data are plentiful, including the need for providers to respond directly to patients’ goals and commitments. Adherence must be reframed such that it is not only referring to patients adhered to decontextualized treatment requirements. Desai and colleagues discuss this further in a concurrent paper.

In addition, these data may be used to draw connections and bridge the gap between science and community life. Desai and team conclude:

“We are essentially seeing a type of experience that is understood in relation to its purpose or future-directedness, from which it receives its organization and meaningfulness. Thwarted goals at work, in relationships, and in fostering social change signified the loss of direction in life; without direction, one’s energy, body, actions, and even self lost value and purpose.”

“This directedness to something beyond themselves, or transcendent quality of experience—for which everything including so-called ‘symptoms’ carried meaning—has typically not entered the frameworks of mental health causality, which tend to remain on the level of physical cause (e.g., biological substrate, physical disease, or even mental disorder) or internal-mental cause (e.g., intrapsychic factors, a cognitive model of illness, etc.).”

More careful consideration of the “sufferer’s perspective” and multiple sources of discontent in the world are needed to better inform how we understand and approach such distress.

Desai, M. U., Wertz, F. J., Davidson, L., & Karasz, A. (2019). An investigation of experiences diagnosed as depression in primary care—From the perspective of the diagnosed. Qualitative Psychology. (Link) 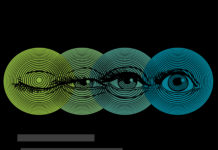