From California Health Report: “Adverse community experiences result in trauma at a community level. Traumatized communities experience a breakdown in connection and trust, which gives rise to hopelessness and contributes to decrease in civic engagement.

Adverse community experiences and the trauma they create make ACEs more likely to occur. They increase conditions that make ACEs more probable, such as community violence and limited access to economic opportunities. For example, in a community that hasn’t benefited from business and government investments, community residents may be out of work, have to travel far distances to work or juggle multiple jobs, which makes life stressful for parents and may lead to adversity within the household.

Community trauma also negatively affects conditions that are protective against the impact of ACEs, like social supports. Social supports, like neighbors looking out for each other, can help children and youth cope with adverse experiences, so they are less likely to result in toxic stress.

Meanwhile, community trauma is also a barrier to putting effective improvement strategies into place, because communities with high rates of trauma are less able to participate in efforts to advocate for improved community conditions like good jobs, affordable housing, quality schools and access to healthy food.” 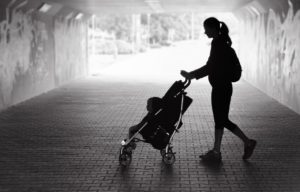