From Psychology Today: “As I age, I can see slow improvements in service provision and public attitudes, but I remain worried about the parlous state of our mental health services. We need to move away from the assumption that our more difficult emotions are merely symptoms of mental illness. This is only one way of thinking about them, with advantages and disadvantages. Biomedical psychiatry does not have a monopoly of understanding, and there are alternative perspectives—valid and based on sound scientific evidence—that deserve to be given consideration. This is much more than merely acknowledging the (obvious, undisputed) role of social factors on what are nevertheless seen as disorders or illnesses, it means a paradigm shift.

That’s why I’m still campaigning. And, now, why I’m a signatory on an Open Letter to the leaders of the American Psychiatric Association, the World Health Organization, and others developing psychiatric diagnostic manuals, asking these leaders to reflect on the purpose and aim of diagnostic systems (as a mechanism for the marketing of medications and professions versus a genuine attempt to improve well-being), address financial conflicts of interest, permit democratic oversight and governance, incorporate a breadth of scientific and philosophical perspectives, and address the scientific failings of conventional approaches.” 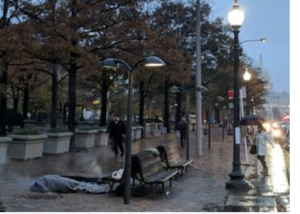