From The New York Times: “Professor Burstow became a forceful proponent of the anti-psychiatry movement in the 1970s, a decade or so after it was founded by David Cooper, a South African-born psychiatrist and theorist …

Professor Burstow contended that many states of mind conventionally described as mental illnesses are in fact rational reactions to social, economic and political conditions.

‘I always saw the world as having two negative responses to people they aren’t happy with,’ she said in a 2009 interview with Psychology’s Feminist Voices, a Toronto oral history project. ‘That is either “They were bad,” in which case they went to the criminal justice system, or they said, “They were sick,” in which case they went to the psychiatric system. They are mirror images of each other, the mad and the bad.'” 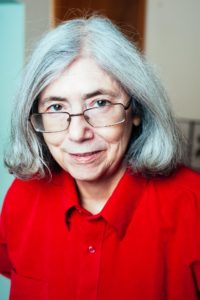