From Aeon: “The National Institute of Mental Health (NIMH) was established in 1949 by the federal government in the United States with the practical goal of providing ‘an objective, thorough, nationwide analysis and reevaluation of the human and economic problems of mental health’. Until 30 years ago, the NIMH appreciated the need for this well-rounded approach, and maintained a balanced research budget that covered an extraordinarily wide range of topics and techniques.

But in 1990, the NIMH suddenly and radically switched course, embarking on what it tellingly named the ‘Decade of the Brain’. Ever since, the NIMH has increasingly narrowed its focus almost exclusively to brain biology – leaving out everything else that makes us human, both in sickness and in health. Having largely lost interest in the plight of real people, the NIMH could now more accurately be renamed the ‘National Institute of Brain Research’.

This misplaced reductionism arose from the availability of spectacular research tools (eg, the Human Genome Project, functional magnetic resonance imaging, molecular biology and machine learning) combined with the naive belief that brain biology could eventually explain all aspects of mental functioning. The results have been a grand intellectual adventure, but a colossal clinical flop. We have acquired a fantastic window into gene and brain functioning, but little to help clinical practice.” 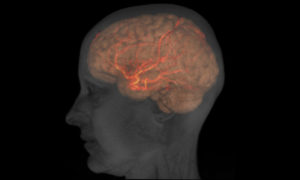