On March 23, the Supreme Court issued a decision in the Kahler v. Kansas case that allows the state of Kansas to eliminate the insanity defense as an affirmative defense, except in answering the question of whether or not a defendant had “mens rea,” the state of mind that has to be proven as an element of any crime (usually meaning intent and/or knowledge).

As I read this case, it helps us move in the direction required by the U.N. Convention on the Rights of Persons with Disabilities (CRPD), though there are elements that remain medical model and allow human rights violations. CRPD provisions on legal capacity, access to justice, and liberty and security of the person, as interpreted by the expert international committee that monitors countries’ implementation of that treaty, call for an equal and non-discriminatory approach to both criminal proceedings and criminal responsibility.

The Committee on the Rights of Persons with Disabilities has repeatedly called on states who are parties to the Convention to eliminate declarations of incapacity to be tried or held criminally responsible, and to eliminate the security measures based on those declarations (typically deprivation of liberty in a psychiatric institution). In a U.S. context, that corresponds to eliminating the insanity defense and incompetency to stand trial and eliminating the forensic psychiatric system.

(Readers of this blog will be aware that civil commitments and forced treatments in psychiatry are also required to be eliminated. For more information on the CRPD standard and related reflections, see the Guidelines on Article 14 and other resources at the end of this post.)

I will discuss Kansas’ scheme based on the description given in the Supreme Court decision, as it is the approach of the majority that most interests me. A close reading of Kansas’ law is beyond the scope of this post.

The state of Kansas allows evidence of mental illness to disprove the existence of mens rea, the state of mind that has to be proven as an element of any crime. Justice Kagan gives the example of the crime of murder, which requires “intent to kill a human being.” If you shoot a person and kill them, but believed you were shooting a tree, you would be acquitted. Mens rea applies to everyone, and so the singling out of evidence related to how “mental illness” may affect this can be problematic, or it could be simply a signal that the general rule applies to the situation in which someone’s perceptions are altered because of distress or visions, as well as when it is simply a mistake or poor eyesight.

Framing the lack of mens rea in terms of capacity when it is related to unusual states of consciousness, as Justice Kagan does, both takes us into the realm of where and how CRPD applies, and violates the CRPD standard. It should not be evidence of lack of mens rea to have a psychiatrist testify that this person is diagnosed with schizophrenia and for that reason was incapable at the time of the crime of perceiving that the person was a person and not a tree. It should simply be a factual question of whether any person had the requisite mens rea, without singling out “mental illness” for differential treatment.

I think it makes sense to allow expert evidence to affirm that the person’s claim of how it happened to him or her is plausible because this is something people can experience, as it’s something people may not be familiar with or may have biases about. Could the experts be peer supporters/Hearing Voices Network facilitators? That would be great, but pragmatically in the current environment they will not be given enough credibility. It   would be psychiatrists or psychologists who provide this testimony, which will make it difficult to keep bias and the capacity framework out.

In addition to the lack of mens rea, Kansas allows evidence of mental illness to mitigate the severity of punishment at the time of sentencing. All the other dimensions of the insanity defense that Justice Kagan describes as present in U.S. law can be brought in at that stage. Though they’re discussed in medical model/capacity language, Justice Kagan’s framework may be a useful way of thinking about different ways that distress/unusual states of consciousness can be relevant—not to categorically exclude a person from culpability but to contextualize how the crime came to happen and consider whether it’s less worthy of punishment for those reasons. That is an approach that the user/survivor/psychosocial disability movement has advocated, along with ensuring a non-discriminatory standard overall.

It’s interesting that “cognitive capacity” maps onto mens rea in Kansas’ scheme, which is a generally-applicable standard, while the others do not map onto any generally-applicable standards. Thus the Supreme Court’s majority and dissent characterize Kansas’ law differently; the majority say Kansas still has an insanity defense, while the dissent, and the news headlines, say it is “effectively abolished” there. It would be worth exploring from a non-discrimination perspective to what extent there are (or could be) comparable general categories of mitigation that correspond to those other dimensions, onto which psychosocial disability or distress/unusual states of consciousness map in a similar way. As a start, they can be reframed without using “capacity” or “mental illness” language as moral limitation, volitional limitation, and a general sense of “that’s not really what I’m like, I regret it and promise not to do it again.”

We have to look at the intersectionality with sex in this context, as well as the use of insanity defenses to avoid the death penalty. In the case at issue, the defendant had killed the woman who was divorcing him, her two daughters, and her grandmother while sparing his youngest child, a son. His lawyer brought forward “mental illness” evidence in all the ways Kansas allowed, but the jury found him guilty and imposed the death penalty. The appeal argued that Kansas was constitutionally obligated to allow the other M’Naghten prong of the insanity defense, i.e. not knowing right from wrong. The majority opinion points out that he had the opportunity to present such evidence at sentencing phase and didn’t succeed. The facts of this case should alert us to the problematic misuse of defenses and mitigation based on emotional distress, particularly in cases of femicide, which has been a long-standing concern of feminists in relation to criminal law and procedure.

The third way that Kansas takes account of mental illness in criminal trials is to allow the defendant to be placed in a psychiatric facility instead of prison if the judge considers that they “need mental health care.” This, of course, is contrary to the CRPD as it amounts to impairment-based detention that perpetuates discrimination based on a medical model of disability. Support and services should be provided to defendants while allowing them the same access and rights as others within detention settings; if the person prefers transfer to a psychiatric facility, this needs to be purely as a place to receive needed supports and services while under detention in the penal system and not as transfer to a regime of detention in which rights, privileges, and release are based on medical criteria.

The intellectual and scholarly debate between the majority and dissent shows how painfully distorted and destructive the stereotypes of madness are as they have passed down through the law. Characterizations of mad persons as similar to beasts, as mindless, as objects of pity and terror, still inform most legal frameworks and ground the approach of the dissenters, who argue that it is constitutionally required to retain “moral incapacity” as a defense to crimes by people who are mentally ill. It is rather shocking to contrast their vehemence in promoting such views with the capacity-based approach of the majority, which, although not completely free of discrimination, acknowledges the complexity of issues involved and the possibility for change in doctrine.

The dissenters, like many liberal and progressive defense lawyers, view the insanity defense as a way of avoiding what they see as the worst harms of the criminal justice system, such as the death penalty in this case. They may also see any defense as worth keeping, within a context of increasing repressiveness by and within the justice system. Yet psychiatry is not a panacea, and as we see, the failure to understand the psychiatric system as an auxiliary form of control, which is also increasingly repressive, leads progressives to endorse profound discrimination both conceptually and as a matter of result.

For more resources from a CRPD perspective, see:

Minkowitz, T, Rethinking criminal responsibility from a critical disability perspective: The abolition of insanity/incapacity acquittals and unfitness to plead, and beyond

Committee on the Rights of Persons with Disabilities, Guidelines on Article 14 (as Annex to bi-annual report of 2015)

ERC Voices project, Workshop on Criminal Responsibility (disclaimer: not all views are in agreement, but worthwhile to share explorations taking CRPD into account)

Discpacidad y Justicia project of Documenta, a civil society organization in Mexico that provides “justice facilitators” to assist people with psychosocial and/or intellectual disabilities to participate in criminal proceedings and ensure that any accommodations are provided.

MIA readers may also wish to refer back to my earlier post in this space, Some Thoughts on the Insanity Defense. 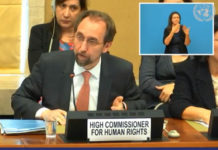 UN Meeting on Human Rights in Mental Health: A Response 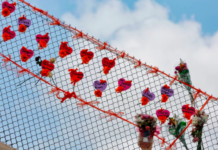 Three Experts Discuss the Role of Insanity in Our Legal System