“In psychosis, digital technologies risk sidelining certain ways of knowing and being, flattening and erasing certain experiences that are not easily incorporated into the structure provided by the technologies themselves,” Berkhout and Zaheer write. 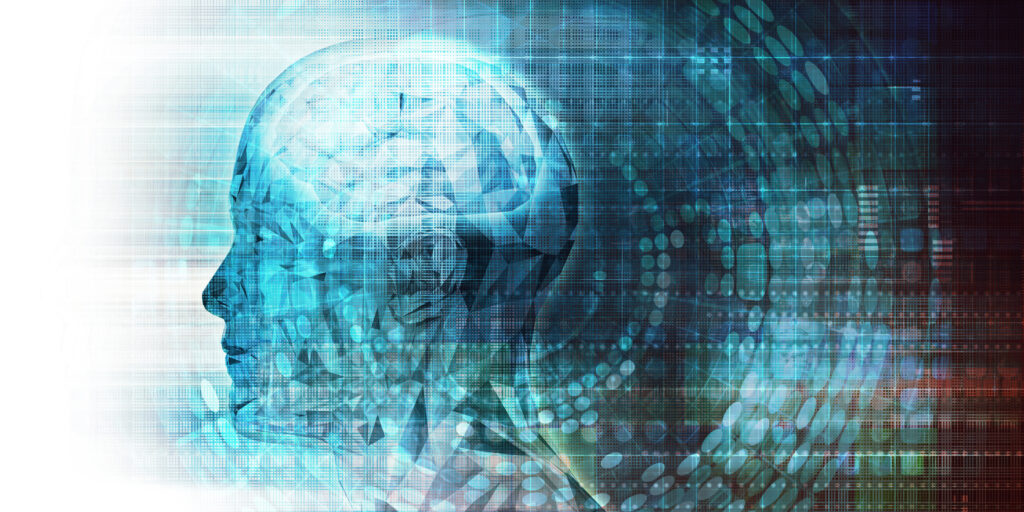 Smartphone apps and digital technologies focused on mental health have been widely embraced and promoted. The purposes of these apps vary, spanning from providing therapeutic intervention (e.g., coping strategies) to monitoring mood, medication, and symptoms.

Proponents of digital technologies view them as a platform through which users are empowered to have an active voice in their treatment. As a result, providers could more effectively collaborate to increase patient engagement and adherence.

Those backing digital self-monitoring tools also express enthusiasm about the wealth of biometric data that can be tracked and collected. The hope is that these data better capture users’ clinical presentations and lead to better, more accurate diagnostic practices and overall treatment efficiency.

Employing digital technologies to diagnose and treat first-episode psychosis is especially prominent, note Berkhout and Zaheer. First episode psychosis refers to “an early point in time in the diagnosis and management of psychotic illnesses stemming from a range of potential causes.” Fitting within the logic of the “early intervention” paradigm, efforts to screen and intervene as early as possible are therefore targeted toward adolescents and young adults who may be exhibiting signs of psychosis.

However, Berkhout and Zaheer endeavored to more closely examine claims that these digital technologies give voice to users’ diverse lived experiences. Their study is part of a larger, three-year project to examine narratives about first-episode psychosis and early intervention critically.

They examined how digital tools were employed in a first episode psychosis clinic located in Toronto, Canada. Service users’ data, such as their thoughts, feelings, and behaviors, were shared in real-time through their electronic devices as part of the mobile self-monitoring tools utilized at the clinic.

Berkhout and Zaheer focused on the practices surrounding digital technologies and, more specifically, the discourses and justifications provided for using these technologies to diagnose, intervene, and engage patients at the first-episode psychosis clinic.

The researchers conducted open-ended, narrative-style interviews with 13 service users, 7 family members, and 5 staff members over an extended period. Then, they engaged in fieldwork at the clinic, conducting observations with respect to how digital care apps were being used, discussed, and viewed within the setting. Finally, they took part in a series of arts-based activities:

“Here, we explored the limits of narrative-based methods for understanding psychosis through the creation and witnessing of art/mark-making that expressed what was ‘unspeakable’ about psychosis.”

First, Berkhout and Zaheer identified claims in the field of first-episode psychosis that digital tools help young people to understand their symptoms and become more self-aware, thereby “increasing their insight into the need to seek professional supports.”

Unlike users’ reports, apps that collect biodata are lauded for the ways they appear to cut through noise and variables to capture users’ experiences in their natural setting and across time, without being dependent on users’ accuracy in reporting, which risked being compromised by their lack of insight or ability to recall their experiences accurately.

Berkhout and Zaheer highlight two major themes from their research about how digital technologies are justified and contextualized for first-episode psychosis:

Mental health apps and digital technologies are framed as better, more innovative tools to prevent disability and death. Thus, digital tools are viewed as curative and as markers of social progress and advancement in technological development. However, progress is constructed and signified by outcomes such as treatment adherence and the ability to observe, predict, and treat psychosis symptoms objectively. Biomedical virtues of disability prevention are invoked to galvanize hope and resources toward these aims.

Berkhout and Zaheer identify how these narratives typify a “curative imaginary” way of thinking or “an understanding of disability that sees medical intervention as benevolent and unquestionable.” They explain:

“Within medicine’s curative imaginary, treatment is expected and assumed whatever the personal cost and any other way of living is unimaginable.”

They go on, “Despite claims of giving voice to those struggling with mental distress, we argue that these overlapping discourses are part of what is called the curative imaginary, which renders certain aspects of lived experience illegible, and disability inevitably in need of intervention.”

A focus on disability prevention is further analyzed through a post-colonial lens:

“The prevention of death/disability is framed within an enlightenment-laden progress narrative, which is itself steeped in virtues of harnessing reliable evidence to carry out disability-prevention aims. There are echoes here of what has been termed a ‘white savior narrative’ within technoscience…”

The researchers connect the early intervention paradigm to narratives and practices within the first episode psychosis, highlighting that these were “suffused with the rhetoric of cure—steeped in a language indebted to a futurity whereby mental disability is eradicated, enacting a metaphysical purity within this particular futurity.”

In so doing, the narrative of digital technologies as curative and equalizing eclipses a holistic, body-mind recognition of lived experience, replacing them with a discourse that reveals a “longing for the past or clutching at hope for a future that may never be,” they write.

When tracking data is conflated with capturing lived experience, Berkhout and Zaheer argue that a type of transmutation occurs. Rather than honoring the complexities of psychological suffering and distress, these experiences are rendered best knowable as data that can be neatly organized into existing diagnostic categories, as symptoms to be addressed within the purview of biomedical psychiatry.

The entire point of this technology, the authors write, is to understand the service user. Yet, their experiences and context are transmutated by emoticons, assessment prompts, and other forms of communication that confine subjectivity to digital phenotypes and categorize them into normal/abnormal dichotomies. As a result, subjective experiences are discredited as unreliable, whereas digital data are embraced as an uncorrupted and accurate window into day-to-day symptoms.

Berkhout and Zaheer question this logic and the claims that such digital tools empower users’ voices. They write:

“Tools that ‘give voice’ do not necessarily dismantle structural inequalities and can, in fact, concretize these.”

The researchers point out that in addition to flattening the nuance and expression of lived experience, digital technology platforms end up undermining meaningful forms of relationship and collaboration:

Connecting these oversights to wider context and implications, the authors describe how flattening lived experience with digital tools works alongside social power dynamics and depoliticizes distress.

Racialized and minoritized individuals who face injustice and silencing risk being disproportionality harmed by technologies that practice neoliberal governmentality of distress. Berkhout and Zaheer write:

“These insights should lead us to ask whether digital health technologies can be other than what Olivia Banner terms ‘extractive racial capitalism,’ with fantasies of digital futures that reify tropes of white savior technophiles while governing mental disability.”

Although their analysis highlights how digital tools concretize social inequality and reinforce biomedical paradigms in psychiatry, the researchers recognize that opportunities for creative resistance can emerge:

“Does it matter whether one uses an emoticon or a Likert scale or a narrative interview if any attempt to ‘voice’ psychosis will only ever offer a halfhearted approximation? Digital technologies are often used in creative, open-ended ways by disabled people—harnessed for political action while resistant to curative demands.”

Rather than more fully capturing the nuances of lived experiencing and giving novel forms of voice to empower users, Berkhout and Zaheer warn that digital technologies for first-episode psychosis enact and perpetuate injustice by narrowing experiences into symptoms and diagnostic terms.

This confinement constitutes what the authors refer to as epistemological narrowing. First-person accounts are discredited while data tracking tools are extolled as objective and accurate:

“When biodata is seen as somehow speaking for itself while serving as a proxy for the complexity of experiential knowledge, challenges of epistemic injustice arise. Lived experience, in this context, serves as knowledge only when translated through expert-designed tools.”

The notion that digital technologies promote meaningful engagement is challenged, and the authors demonstrate how they may serve to discount and disempower service-users connected to early intervention approaches:

“Meaningful engagement cannot simply be a matter of asking participants to improve the emoticon design or give feedback on the beeps or pings that ask them to respond to survey questions,” they write.

“Meaningful engagement is about a much deeper process, a more sustained dialogue, and fundamentally about addressing power differentials. Those power differentials are linked to the politics of whose knowledge is valued as knowledge. Meaningful engagement has to mean that experiential knowledge is not merely distorted, erased, or co-opted by the discourses and practices of conventional biomedicine.”

A reconceptualization of what meaningful engagement could look like is offered:

Meaningful engagement would serve to create new possibilities, not confine futures into hegemonic paradigms. It would value service users’ knowledge of their own experiences rather than shy away from the complex realities and contexts that constitute diverse forms of distress.