From The Cut: “For every Britney Spears, there are an untold number of exceedingly less-famous Britneys trapped in their own private hells, perhaps being controlled by the state or by a family member, all of them stories that are surely as harrowing as Britney’s, if not more so. These are stories that, until we actually recognize the full humanity of ‘mentally ill’ people, we will continue to ignore. Our legal system and medical system are designed to ignore such people. And the public, as well, has long seemed extremely dismissive of the voices of the supposed ‘insane.’ Maybe until last week.

To psychiatric survivors, what’s happened to Britney is everyday, obvious, banal. She is one of them. The press and the public, on the other hand, were astonished last week when they heard the alleged particulars of Britney’s case: How she can’t own a smartphone. How she can’t ride in her boyfriend’s car, let alone marry him. How they won’t let her get an IUD removed so she can have a baby.

It’s a perfect distillation of the error of our mental-health-care system as constituted: It steamrolls an individual in the name of ‘public safety,’ oftentimes actively damaging them in so doing. It’s a system predicated upon reducing a person’s rights so extremely that, as Britney’s case aptly demonstrates, all the money and fame in the world cannot free you.” 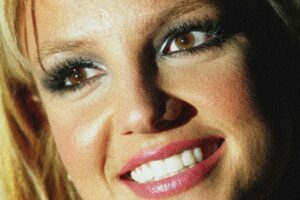