From CounterPunch: “Thirty thousand dead from suicide in 20 years among American service-members and veterans. Brown University’s Costs of War Project, utilizing data from the Department of Defense (DoD) and the Department of Veterans Affairs (VA), calculates that four times as many men and women who have served in the US military since 9/11 have died by suicide than were killed in the post-9/11 wars. The vast majority of those killed by suicide have been veterans, meaning men and women not still in uniform. While the rate of suicide among active-duty service-members is alarmingly high, the rate among veterans is even more so, and, in particular, it appears highest among combat veterans.

Anyone who served in combat in Iraq or Afghanistan may likely now know more friends killed by suicide than killed by the Taliban or by Iraqi insurgents. The same possibly for veterans who fought in Vietnam, Korea, and World War II. Suicide after taking part in war, and its killing, is not a new phenomenon, and its likely cause, guilt, is understood if seldom discussed.

Greek and Roman histories speak of suicide and what we now call invisible wounds. Our greatest literary voices, like Shakespeare and Homer, wrote of it. Following the American Civil War, period sources describe suicide, alcoholism, drug overdose, and exposure due to homelessness that killed and debilitated hundreds of thousands of veterans.  In America’s other ‘good’ war, World War II, 1 in 7 combat veterans were discharged as psychiatric casualties. In an era where a psychiatric diagnosis was often shunned and avoided, and when post-traumatic stress disorder would not become a medically recognized diagnosis until the 1980s, hundreds of thousands of World War II veterans were mentally and emotionally devastated. However, the discussion of what World War II veterans were going through, and then Korean veterans, was censored by the US government. The Vietnam War, as it did so many other things in our society, changed the discussion on the psychological and psychiatric consequences of war. Suicide among Vietnam veterans became an open secret widely discussed, if not among the public than among veterans.

. . . The Costs of War Project at Brown University is aptly named. The cost of war, to many veterans, is a deep and permanent wounding of the soul and the conscience. This is clinically known as moral injury. For me, it was as if the very foundations of who I was had been destroyed and that moral darkness, in turn, led to my suicidality. While there are undoubtedly many causes for veteran and service-member suicide, within the sub-group of combat veterans, we see clearly elevated rates of suicide. The primary reason behind those deaths to suicide may be the guilt, shame, and regret that come home with us after the war. The obstacle, and thus the very thing that will keep these veteran suicides continuing, is the unwillingness of American politicians, generals, bureaucrats, the media, and, yes, the population as a whole, to honestly ask and answer why so many combat veterans kill themselves.” 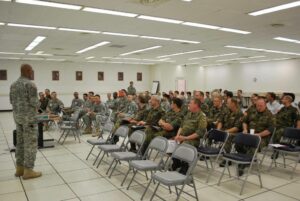