Research in ethnopsychopharmacology studies the differences in how racial and ethnic groups respond to psychiatric medication or pharmacology, often assessing differences in metabolism, safety, and efficacy. As evidence continues to grow from clinical trials quantifying the effectiveness of psychedelic-assisted psychotherapy (PAP) for treating a variety of mental distress, researchers are concerned about the exclusion of Black, Indigenous, and People of color (BIPOC) within these samples.

Although there is an extensive global history of psychedelic use among various cultures, ethnicities, and intersectional identities, ongoing research has almost exclusively been conducted on white populations. Thus, the findings are not generalizable, and there is a lack of knowledge about the biological and social factors related to culture, ethnicity, and race on pharmacological responses to PAP.

The present study conducted a qualitative review of the biological, social, and cultural factors of pharmacological research on MDMA, psilocybin, and LSD. With this data, the authors propose an analysis of ethnopsychopharmacological factors for future clinical trials.

“Psychedelic medicine is well-positioned to advance the study of ethnopsychopharmacology through pragmatic and achievable study designs, and should be considered an important opportunity for developing novel, integrative pharmacological, and psychological treatment,” the authors write.

“Hopefully, this review contributes to helping researchers and clinicians recognize the potential value of PAP for addressing unmet mental health treatment needs. Further, this work should assist mental health professionals in understanding the importance of making PAP available to all individuals who may benefit, regardless of their ethnoracial backgrounds, and delivering PAP in a culturally sensitive and ethical manner.” 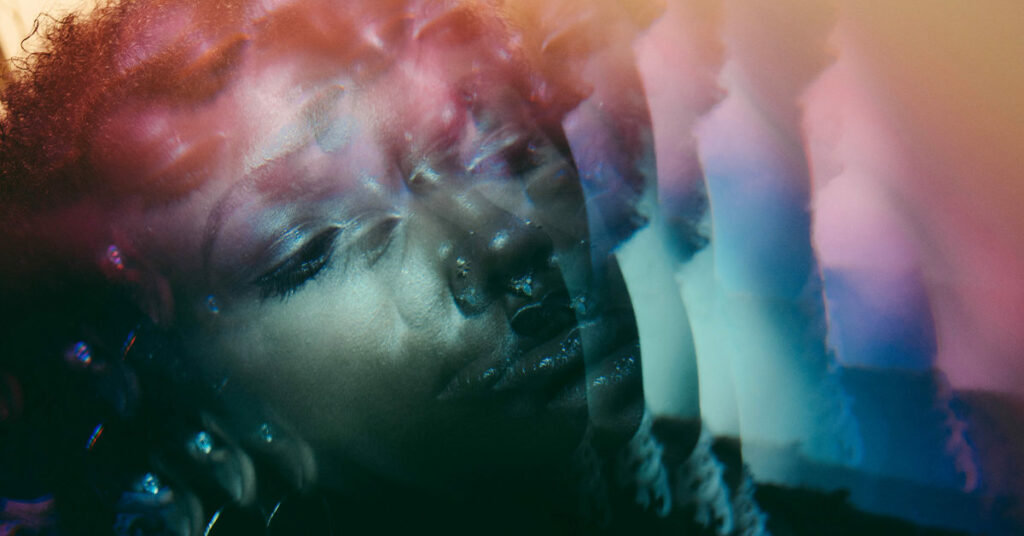 Psychedelic plants and fungi have long been used by indigenous tribes of their respective botanical regions for healing and sacred rituals. However, it was not until the mid-20th century that Western societies began to encounter them recreationally and for scientific research.

Before psychedelics were labeled a Schedule 1 drug via the United States Controlled Substances Act of 1970, drugs such as MDMA, ketamine, mescaline, and psilocybin were all studied and utilized by psychotherapists, researchers, and laypersons for their healing potential. However, this criminalization ultimately put a halt on research until the 1990’s when the U.S. Food and Drug Administration approved the study of intravenous DMT in humans. Since then, there have been many ongoing clinical trials that are expected to reach FDA approval for therapeutic use soon.

With the ever-growing expansion of randomized controlled trials (RCT) for various psychedelic substances, there remains a significant lack of inclusion of BIPOC in these trials. The reasons for this are varied and influenced by systemic racism and a history of research abuses. However, the homogeneity of the populations studied is not unique to the psychedelic field, and individuals from diverse racial and ethnic backgrounds are routinely underrepresented in RCTs of novel pharmacological treatments for chronic diseases and psychological disorders.

Ethnoracial identity is defined as a construct that encompasses both biological and sociocultural components. Race refers to a socially constructed group of individuals based on skin color, physical attributes, and geographical region. In contrast, ethnicity reflects an individuals’ identity development based on shared culture, language, nationality, and beliefs.

While there is some evidence of biological differences in response to psychotropic drugs based on ethnicity, there are many nonbiological mechanisms by which ethnoracial identity shapes treatment efficacy. Environmental factors such as stress, trauma, cultural beliefs, and the role of racism in healthcare settings all interact with ethnoracial identity and contribute to pharmacological response and clinical outcomes. The authors write,

“Any attempts to understand ethnoracial differences in pharmacology must not only consider the biological aspects of race, but also the sociocultural factors that both independently and interactively shape BIPOC experience and outcomes.”

“Efficacy” within an intervention study is generally defined as the performance of a given treatment under ideal and controlled conditions, whereas “effectiveness” reflects the performance under “real world” conditions. RCT’s are designed to prioritize efficacy; however, if treatments are being assessed in primarily white individuals and approved by the FDA on such evidence, then efficacy and safety data cannot be extrapolated to diverse populations.

All drugs possess variable pharmacokinetic (i.e., rates and modes of absorption, distribution, metabolism, and excretion of a drug) and pharmacodynamic (i.e., actions of a drug once it reaches its target, including neurotransmitter, physiological, behavioral, psychological, and social effects) properties. In addition, other factors that influence pharmacokinetic and pharmacodynamic properties include age, sex, medical conditions, disease states, diet, and behavior. Therefore, these processes are imperative in examining ethnoracial differences in responses to PAP.

The authors provide an overview of biological determinants known to be impacted by the use of MDMA, Psilocybin, and LSD. These factors will undoubtedly influence patient response to PAP and include sex, other medication interactions, age, co-morbidities, genetic polymorphisms, and inflammation. These factors may be altered in BIPOC populations and are often influenced by diet variation and enzyme expression. Considering health disparities among BIPOC, biological determinants of these responses within PAP are crucial to ensure the efficacy and effectiveness of such treatments to the broader population.

Further, multiculturalism in PAP requires attention to not only the immediate contextual factors but the encompassing socio-cultural contexts that undoubtedly influence what is known as “set” and “setting.”

“Set” typically encompasses a person’s mindset, including their own preparation, expectancy, and intentions. Taking into account the ways “set” might be uniquely influenced for BIPOC, the authors write:

“While the lived experiences of BIPOC are diverse, shared sociocultural factors, such as racism, discrimination, and microaggressions may influence “set” for PAP experiences. Social status and ethnoracial identity may be confronted during PAP, and BIPOC should be adequately prepared for this meeting.”

Notably, previous research suggests that a participant’s willingness to surrender to the experience was the strongest predictor of optimal experiences, with preoccupation and rumination being associated with difficult experiences and poorer long-term outcomes. However, historical and ongoing misinformation about the misuse and harms of psychedelics is an especially salient factor for BIPOC, as well as the longstanding inequities and prosecution of drug-related offenses in the U.S. Therefore, participation in psychedelic studies requires BIPOC to not only overcome mistrust of health due to ongoing racism and historical exploitation but also fears and expectations related to the use of illicit substances.

“Setting” is an amalgam of social, cultural, and physical environmental factors in which a PAP session occurs. Given that backdrop of centuries of overt and covert racism within science that has led to a disregard for the contributions of BIPOC, establishing relatable connections and a welcoming PAP environment is imperative.

Additionally, media coverage of the “third wave” of psychedelics is continually misrepresented as being pioneered by white male scientists, ignoring the appropriation of these medicines from indigenous cultures. It is well known that the quality of the therapeutic relationship has a large impact on outcomes of all psychotherapy. Therefore it is important to train BIPOC as guides for PAP. The authors write:

“PAP renders a participant emotionally vulnerable, and culturally insensitive guides who cannot recognize racial trauma or moderate their own biases may fail to offer the empathy, respect, and care necessary for positive PAP outcomes, contributing to further psychological wounding; ethnoracial matching of participants and guides may avert this issue.”

Representation of one’s identity in the PAP setting is an important way to signal to the individual that they belong and that the issues that affect them most intimately will be understood and addressed.

In closing, the authors suggest that psychedelic medicine is well-positioned to advance ethnopsychopharmacology through pragmatic and achievable study designs. Finally, they offer proposed designs and analyses for future clinical trials on PAP.

How Should Psychedelic Medicine Handle “Flashbacks”?