From The Marshall Project: “CONREP [Conditional Release Program, a statewide outpatient program that primarily supervises and treats people leaving psychiatric hospitals who landed there because of serious criminal charges], which oversees roughly 650 Californians, is meant to help patients transition from institutions to independence, while also trying to prevent violent relapses. But according to a Marshall Project investigation, many patients, family members, former employees and attorneys say the system can trap people for decades in a legal limbo, one that dictates where former patients live, whether they work, and whom they see.

For those ‘with a serious mental illness,’ getting out from under court control can be far more difficult than for others in the justice system. The program highlights the tension at the core of many mental health care debates today, between a concern for public safety and a patient’s rights and liberties.

‘Everybody’s familiar with probation and parole,’ said Jean Matulis, a lawyer who has represented people on CONREP since 1991. ‘[But] this is all-inclusive, complete control of every moment of the person’s waking life.’ And it can continue ‘forever and ever.'” 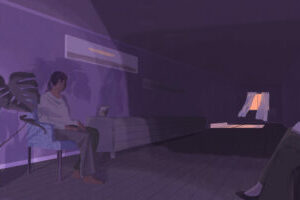