A recent article published in the journal Social Science & Medicine explores a new conceptual framework for understanding the impact of global capitalism on health inequality.

Political scientist Matthew B. Flynn argues that paying attention to forces such as transnational corporations, financialization, consumerism, transnational class conflicts, and the transnational state can help researchers and activists better understand how to intervene and produce better health outcomes for most people across the world.

“Global capitalism is one such prominent societal determinant influencing the unjust distribution of health across the world. As suggested by several sociologists, global capitalism represents a qualitative change in the operations of a world economic system that now transcends the territorial,” Flynn writes.

“Consequently, the social relations of capitalism including exploitative class relationships, political institutions necessary for the operations of capital, and cultural and ideological practices driving the system of accumulation comprise a complex global system. Drawing from this perspective, several critical scholars on global health have evaluated the impact of neoliberal globalization on the fundamental causes of health injustice.” 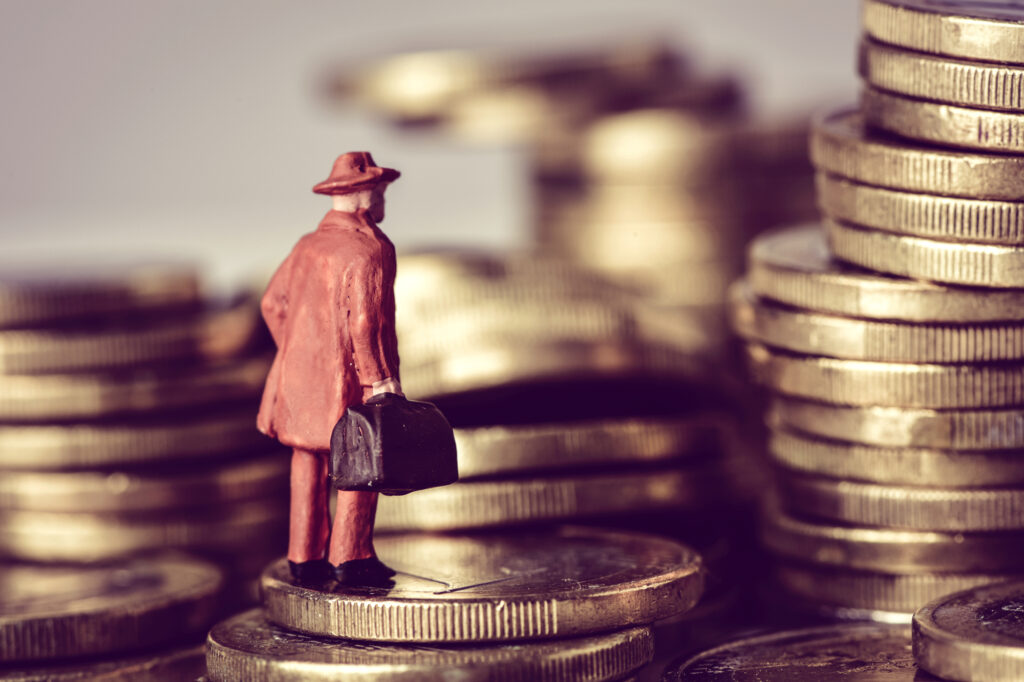 Capitalism has long been targeted as an economic and social system that produces inequalities, from Karl Marx to more recent scholars in the social sciences. Traditionally, Marxist theory was concerned with the relationship between workers and the means of production. A number of Marxist and post-Marxist scholars have continued to develop his thought in its relevance for mental health and the psy-disciplines. Some of this thinking is an outgrowth or, of exists alongside, anti-psychiatry.

The current article contributes to a conceptual framework for understanding the “macro-sociological” set of institutions that make up global capitalism. Author Matthew B. Flynn notes that a distinction can be drawn between concrete social factors such as “social inequality, environment, education, welfare system, and culture” and then broader systemic or societal factors such as “militarism, imperialism, colonialism, and patriarchy,” as well as capitalism.

He argues that more work is necessary to clarify the exact mechanisms which mediate these “distant” structures and their effects on “local” individuals and communities in terms of health. Specifically, Flynn wants to understand global capitalism from the framework of social determinants of health.

The first is commodification, or how nation-states provide “legal codification” for turning things like natural resources, labor power, knowledge, and more into commodities that can be exchanged for profit.

The second is proletarianization, which refers to “the separation of laborers from the means of production and their subjugation to capitalism’s need to extract surplus value from workers through exploitation,” which is the third term.

The fourth concept is endless accumulation, or a “re-investment of surplus value” back into markets, allowing for continual economic, social, and labor progression.

The final concept is social contradictions, which points to the fact that capitalism is always riddled with problems such as “class struggles, economic crises, political contests, and ecological disasters.”

Since the advent of industrial capitalism in Western Europe hundreds of years ago, there has been a gradual totalization of these forces, such that in contemporary times:

“Every country, to varying degrees, faces economic and political pressure to liberalize capital and trade flows, commodify natural resources and public goods, provide the conditions of an exploitable labor force for profit-making, and limit restrictions on marketing and advertising.”

Of course, as Flynn notes, capitalism is not merely an internal national process but crosses territorial boundaries, as in international trade relations.

Health inequality can be understood as worsened by these global capitalist processes, safeguarded by a “transnational capitalist class.” To understand these dynamics more closely, Flynn proposes a theory of global capitalism based on the following entities:

Transnational corporations have been shown to reduce the quality of life wherever they operate. These effects extend from “economic instability, poverty, and population displacement” to food insecurity, increased mortality (i.e., due to water contamination), pharmaceutical price-gouging, sweatshop labor, ecological crises, and more.

As a potential alternative, Flynn mentions economic arrangements such as “the solidarity economy based on co-management, democratic decision making beyond profit and state controls,” which could protect worker rights and health.

Financialization, or an increase in a society’s financial sector, can provide mass social benefits. However, as Flynn notes, in practice, it has often had the opposite effect for many. Financialization contributes to unemployment, poverty, violence, and displacement when people’s land and homes are taken from them.

Larger scale financial meltdowns also have a cascade of adverse effects on health. The Great Recession from 2007-2009 led to 37 million people being “thrown into poverty, higher food prices that led to childhood deaths, reduced public health expenditures, falling remittances, and foreign aid, and at least 69 million unemployed.” Hedge fund speculation led to “food riots and food insecurity throughout the world.”

Consumerism also contributes to several domains of health inequality. Endless consumption as a social and economic value leads to the advertising and selling of unhealthy foods (leading to health problems such as obesity), a transformation of doctor-patient care, and a “materialist culture that leads to unhealthy risk-taking.”

Doctor-patient relationships have been corporatized, such that patients are now seen more as consumers. Unfortunately, this shift has not led to better outcomes, with ineffective practices such as “pay for performance, patient satisfaction metrics, and online consumer evaluations.”

Unhealthy risk-taking refers to, for example, social practices where individuals seek to participate in consumerism beyond their economic means, even if that entails serious health risks:

“For example, Mojola demonstrates why young women in southwest Kenya have consistently higher levels of HIV infections compared to men their same age, despite numerous prevention programs and widespread knowledge about the disease.

Her in-depth ethnography concluded that young women’s desire for consumer products but without the economic means to secure these items resulted in intimate relationships with older men who have higher incomes but also higher HIV-prevalence rates.”

“Different morbidity and mortality rates would likely be found between the miners of cobalt in the Congo, the workers at Foxconn factories in China who transform and install this raw material as batteries into cell phones, the engineers in the Silicon Valley who design the device, the top executives at Apple who manage the operation, and the foreign and domestic shareholders in the Vanguard Group—the corporation’s largest institutional investor.”

As potential solutions, Flynn mentions increasing universalistic welfare and public health expenditure and expanding maternal education initiatives in developing countries. Shifts like these have been shown to reduce inequality in health outcomes between the transnational capitalist and worker classes.

The final concept in Flynn’s framework, the transnational state, points to the fact that the capitalist class utilizes power through backchannels and cross-national institutions to enact their political goals while overcoming resistance.

A small group of executives within the World Trade Organization, for example, have collaborated to create international drug trade policies which end up “limiting access to essential medicines and threatening public health expenditures,” as well as reducing competition that would lower the prices of drugs.

International financial institutions also contribute to these kinds of global effects, such as “imposing austerity, liberalization, deregulation, and privatization measures that directly and indirectly affect health.”

Despite established research telling us that austerity policies and privatization lead to worse health outcomes in developing countries, the transnational capitalist class continues to push for reducing public healthcare and other beneficial social programs—prioritizing profits for a select few over human life.

Flynn notes that several activist initiatives have made a dent in these efforts, from the People’s Health Movement, which fights for Health for All in the Global South, to ACT-UP in South Africa and ABIA in Brazil. These latter grassroots activist movements look to pressure governments to limit patent monopolies imposed by pharmaceutical companies, for example.

“Today’s pressing health issues demonstrate the need for applying the global capitalist framework. The COVID-19 pandemic has further exposed the crisis of racialized capitalism around the world through increased poverty and unemployment, social inequalities, struggles over life-saving vaccines and medicines, and infectious disease outbreaks spearheaded by global agribusiness.

Understanding the role of the endless drive for profits, exploitative class relations, and the commodification of nature and public goods will allow scholars, practitioners, and activists to better address these issues so as to achieve enduring, equitable improvements in health.”