From Ms. Magazine: “Dorothea Buck would be extraordinary by any means after reinventing her life after the horror of Nazi sterilization. She was also a visionary, a psychiatric patient who called on the profession to put her and people like her at the center of its practice, as the authorities in their own lives. She asked psychiatry to rethink its present in light of its darkest past. Buck received some accolades: the German government gave her an Order of Merit, and a small 2009 documentary, ‘The Sky and Beyond,’ focused on her life and her sculpture.

But Buck’s beliefs about the fundamental nature of psychosis and her call for change have never come close to the mainstream of psychiatric practice. If anything, psychiatry has gone in the opposite direction, with each new edition of the Diagnostic and Statistical Manual of Mental Disorders, psychiatry’s ‘Bible,’ constantly adding dozens of new categories.

Few people in the profession know who Dorothea Buck is; her work is rarely taught in medical schools. And the great majority of Buck’s media attention came through her October 2019 obituaries, focused as much on her age as her activism.

Sadly, Buck herself would not be surprised. In 2007, she was invited to address the annual meeting of the World Psychiatric Association. She denounced psychiatry’s reliance on Kraepelin and his hierarchies of ‘disease.’ Few psychiatrists, she told her audience, have made any effort to use the trialogue model. And as to psychiatry’s past [and present], she put it this way:

‘It is mostly up to us users and survivors to preserve the memory of those murdered in the name of psychiatry in our hearts.'” 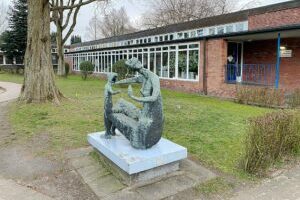