Utilizing qualitative methodology, the authors demonstrate how voice hearing groups can be a strategy for the care and recovery of individuals who hear voices.

“Participants identified the group as a place to talk about both the prejudice they suffer for being a voice-hearer, but the very prejudice they have about identifying as a voice-hearer at the start of the group. After all, in daily traditional practice, the experiences of hearing voices are often silenced, which can increase ignorance and fear, even among the hearers themselves, about them,” the authors write.

“In contrast to this, it was possible to observe that despite the initial fear of the participants to join the group, in general, after the meetings, they began to have a new vision about the experience of hearing voices and began to identify with their peers. This movement, common in mutual support strategies, enables a recognition of the self that is different from the labels brought by diagnoses.” 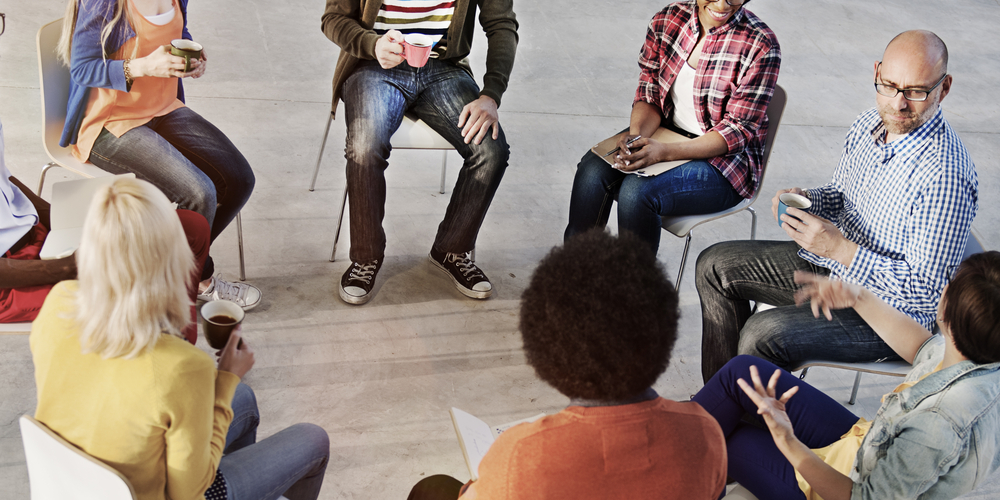 The Hearing Voices Movement (HVM) grounds itself in intersectional, trauma-informed, and rights-based approaches to mental healthcare. Although the benefits of hearing voices groups have been documented relatively well in the USA and Europe, less research demonstrates the efficacy of the groups in the Global South, particularly in Latin America.

Recognizing this opportunity, the authors aimed to evaluate the perception of participants in voice-hearer groups in three Psychosocial Care Centers in the city of Curitiba-PR, Brazil. The study was qualitative, and interviews were conducted until saturation.

Fourteen total semi-structured interviews were conducted with individuals over 18 years old who were regular participants of the voice hearing group for at least three months. After the interviews were read multiple times to identify core themes, they were reorganized using an analysis grid for recognition and comparison utilizing Gadamerian hermeneutic analysis.

Gadamerian hermeneutic analysis, the authors point out, “is not understood as a methodology per se, but as an interpretive stance that is supported by the search for understanding of a text or, more globally, of a human phenomenon. This stance seeks to explain the narratives within a historical context, in addition to the way these participants shared their own experience and meanings.”

After the analysis, four distinct themes were identified that emerged.

“I hear voices practically all the time. When the group came up, then all of them here, all the professionals here, thought it was good for people who hear voices to participate in the group, to see the improvement that they could have. That is why they encouraged me.”

“When I take the clozapine, it decreases, as if I lower the volume of the radio, then you continue to listen, only lower.”

“You always think, ‘well, is it only me that is going through this? Each person has a story within [the group] that helps us, that is why I think that I am not alone in the group.

This new research from Brazil further confirms that hearing voices groups can only improve care and quality of life. The authors note that it also rebalances power.

“The Voices Hearers groups create spaces where its participants have their experiences and their knowledge about them validated, they assume a protagonist role in their own care, and there is a horizontal relationship with the moderating professionals,” the researchers conclude.

“The horizontal relationship with professionals and students within the groups has allowed the lived experiences of these individuals to be recognized and re-signified, without the filter of technical knowledge, and have come to occupy the leading role in their own lives, rather than symptoms. By sharing experiential knowledge, or rather than technical knowledge only, participants experienced a strategy of co-construction of new knowledge about the experience of hearing voices.”