From Psychology Today/Justin Garson, PhD: “Do delusions ever benefit those who suffer from them?

Consider what’s known as Reverse Othello Syndrome. This is the delusional belief that one’s partner is sexually faithful, in the face of overwhelming evidence to the contrary. Why would someone ever form this idea?

The discoverer of Reverse Othello thought he had the answer. He wrote that the delusion is ‘an active attempt… to confer meaning on otherwise catastrophic loss or emptiness.’ The delusion might buffer our minds from an unbearable truth.

Philosopher Lisa Bortolotti calls such delusions ‘motivated delusions.’ Along similar lines, psychologist Ryan McKay and philosopher Daniel Dennett describe the ‘shear pin‘ theory of delusion. Like a shear pin, a delusion might act as a little breakdown that stops a big breakdown from happening . . .

The German psychiatrist Johann Christian August Heinroth . . . describes how patients can enter a dream-like state in order to protect themselves from a traumatic experience . . .

Heinroth saw profound implications for healing. If the delusions are playing a protective role, you don’t want to target them as if they’re the disease itself. By attacking the delusions, you might cause even more harm.

The pessimistic philosopher Arthur Schopenhauer, around the same time, wrote that delusions were nature’s way of protecting the mind from a reality too horrible to bear. Freud, an admirer of Schopenhauer’s philosophy, took it for granted that delusions protect us from otherwise devastating truths.” 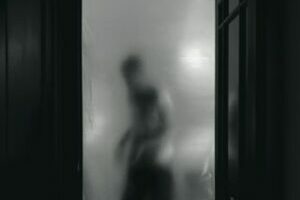