From Undark: “In 2015, psychiatrist Mark Horowitz tried to come off his antidepressants. He reduced his dosage by a set proportion over the course of several months, which is much longer than what the United Kingdom’s guidelines recommended. But in the process of tapering, he experienced a storm of new symptoms, including anxiety, dizziness, and bouts of insomnia. ‘I’d wake in the morning, feeling like I was being chased by an animal on the edge of a cliff,’ he says. Ultimately, he felt he had no choice but to go back on his medication.

As it happened, Horowitz had recently completed a Ph.D. on the neurobiology of antidepressants. During his training, he recalls, his professors had told him that stopping antidepressants was fairly easy. Their view was supported by the scientific literature, which had found that any withdrawal symptoms were minor and faded quickly. Experiences such as Horowitz’s were considered an anomaly.

But a series of widely reported studies published over the past seven years suggest that discontinuation symptoms are common and can be severe, including everything from panic attacks and flu-like symptoms to electric shock sensations in the head. The longer people remain on antidepressants and the higher their dose, the more likely they are to experience withdrawal symptoms.” 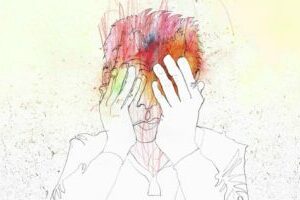