“Hate crime laws that protect gay, lesbian and transgender people may have an unexpected benefit: fewer teen suicide attempts, among kids of all sexual orientations.

That’s the conclusion of a new study that looked at what happened in U.S. states that enacted hate crime laws with protections for lesbian, gay, bisexual, transgender and questioning individuals. It found that teen suicide attempts dipped by an average 16%, compared to rates before the laws.

And the positive effect was seen among both LGBTQ and heterosexual teens.

…[R]esearcher Aaron Kivisto, an associate professor of clinical psychology at the University of Indianapolis…said passage of a hate crime law and the public conversation around it may send broad messages that affect young people’s mental well-being. ‘It can convey a message of support,’ Kivisto said. ‘It can set a tone that affects whether people feel they belong in their community.'” 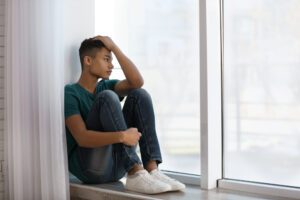