From alice-miller.com: “I am writing this e-mail to Alice Miller, having just finished reading the book For Your Own Good. I was moved deeply and found familiar most of the topics addressed in this book. I myself was raised by an emotionally abusive and narcissistic mother (my father was a complete enabler totally subservient to my mother), and I could discuss at length my struggles to heal from the damage.

What I would like to discuss instead is the state of Medicine as it is practiced in the U.S. I am a doctor of internal medicine, and I have observed a lot of the same psychopathology described concerning ‘pedagogy’ pervading the medical profession. There is a lot of the same ‘group-think,’ authoritarianism, use of humiliation and rank, to — not only ‘whip into shape’ new doctors — but also negate, wipe out, or pathologize true COMPASSION in the treatment of the patient. And it is truly amazing the amount of rationalization and denial that occurs with this. Just as children are often ‘blamed’ for anything that happens to them, patients are often ‘blamed,’ and thus denied adequate care, for their afflictions, even though these may overwhelmingly be the result of poverty, violence, ignorance, and malnutrition. Instead of recognizing the shortcomings of the American medical system, doctors have been inculcated to pathologize the patient for their ill health.

I have attempted (without success) to discuss this with other health care professionals, but it seems that everyone has been so completely ‘brainwashed’ that they see no inherent problems with their education nor with the system itself.

I would be interested if anyone had any experience or comments on this.

AM: Thank you for your thoughtful letter. I completely agree with you and share your concerns . . . We are publishing your letter here in the hope that other physicians, who also feel the same discomfort like the one you describe, will share with us some suggestions. Maybe, some of them have an idea about how doctors can be encouraged to trust their feelings and take interest in the childhood history of their patients. In my opinion, this could certainly reduce the amount of prescriptions of unnecessary and sometimes harmful medication.”

A response: Brainwashing in the Medical Training #2

“I find this subject fascinating and have spent a fair amount of time pondering why compassion is sometimes so elusive amongst the healing professions. I am a pediatric cardiologist who finished my training in 1990, and I’ve worked as an attending physician since that time. When my daughter became ill, I experienced firsthand the difficulties patients and families face when experiencing serious illness. As challenging as my daughters illnesses were, the most challenging issue we faced were many who were dismissive of our observations, who were condescending, and many who just didn’t seem to really care.

I have used the lack of compassion I experienced to heighten the compassion I feel for my own patients, with incredibly rewarding results. I think I know why so many doctors are so limited in their ability to show their own humanity. In order to become a doctor, it is often helpful to deny one’s own humanity and feelings in order to get through the system . . . After so many years of ignoring your own suffering (probably preceded by similar training in childhood), it is nearly impossible for us doctors to recognize our own feelings and suffering. Therefore, when we take care of people in need, suffering physically and mentally, we are unable to do so. I find most health care professionals just get annoyed with anyone who is not an ‘easy’ or straightforward patient . . .

AM: Thank you so much for your important letter and for taking part in this discussion. You write: ‘I have used the lack of compassion I experienced to heighten the compassion I feel for my own patients, with incredibly rewarding results.’ Have you already tried to ask your patients if they were beaten in childhood? I suggested it many times to many physicians but they were afraid to do so. Only one of them did it and was surprised that a long story of a chronic illness came to an end after the pains of the childhood had come to the surface. Unfortunately, so many doctors keep their own secrets hidden to themselves, thus they can hardly offer compassion to their patients; their whole artificial security may fall away. They don’t know that exactly this could give them and their patients the opportunity to live their own authentic lives, without the lies and without the secrets that must protect the parents.” 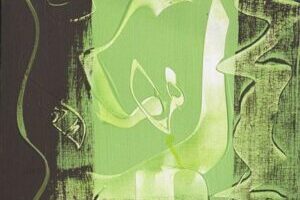