From Newsweek: “Five years ago Mark Horowitz seemed an unlikely skeptic of psycho-pharmaceuticals. He had been taking the popular antidepressant Lexapro virtually every day for 15 years. He was so fascinated by the drugs that he spent three years hunched over a dish of human brain cells in a laboratory at King’s College London, measuring the effect of human stress hormones and drugs like Prozac and Zoloft.

Then, when he tried to wean himself off the medication, he suffered panic attacks, sleep disruptions and a depression so debilitating that he had to move back to his parents’ house in Australia—symptoms that he says were far worse than anything he experienced prior to going on the drugs. He went online and found thousands of others in a similar pickle. They had been unable to kick one of the psychiatric drugs known as Selective Serotonin Reuptake Inhibitors, or SSRIs, which include Lexapro, Zoloft and Prozac, among others. Since withdrawal symptoms were thought to be mild and temporary, many of them, like him, had been told by doctors that they were experiencing a relapse of their depression.

The experience galvanized Horowitz to dig deeper into the claims that pharmaceutical companies, and the scientists they fund, have been making about these popular antidepressants. 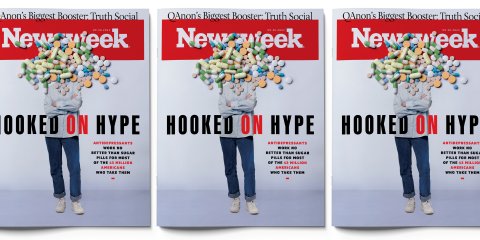 Hailed as a revolution for the treatment of depression when they first came out in the 1980s, SSRIs have become a mainstay of mental health treatment. Family doctors with little psychiatric training now prescribe them for adults and children alike. In 2019, one in eight Americans—43 million in all—were taking an SSRI, and those numbers have likely risen among a public ridden with COVID-induced anxiety. During the pandemic, doctors phoned in so many new prescriptions for Zoloft, the FDA warned of a drug shortage.

Evidence is mounting, however, that doctors are vastly overprescribing SSRIs. Although there is widespread agreement that SSRIs help some people with severe depression, these patients are a small minority of people who take the drugs. Only about 15 percent derive any more benefit from the drugs than they would a sugar pill, one recent study found. In addition, withdrawal symptoms for long-term users may be more severe that previously thought—sometimes worse than the original disorder. According to the Centers for Disease Control and Prevention, more than 60 percent of Americans on SSRIs—almost 26 million people—have been taking the drugs for more than two years and six million have been on them for a decade or more. Some patients may stay on SSRIs simply to avoid withdrawal symptoms, say some experts.

‘People do get better on the drug—but in the vast majority of cases it’s not because of what’s in the drug,’ says Irving Kirsch, associate director of the Program in Placebo Studies and the Therapeutic Encounter at Beth Israel Deaconess Medical Center and Harvard Medical School. ‘There are other treatments that are at least equally effective, and that don’t carry the risks.'”