A new study, published in the Journal of Community Health, reveals the impact of distress and social support on suicide risk among Black and Latinx individuals in Washington Heights, NYC. The results show that social support provides protection against suicide ideation (thoughts of suicide). These results provide a nuanced look into how suicide risk among Black and Latinx individuals can be mitigated using community support.

The study was led by Sharifa Z. Williams at Rutgers University and the Center for Research on Cultural and Structural Equity in Behavioral Health, Division of Social Solutions & Services Research, at the Nathan S. Kline Institute for Psychiatric Research. 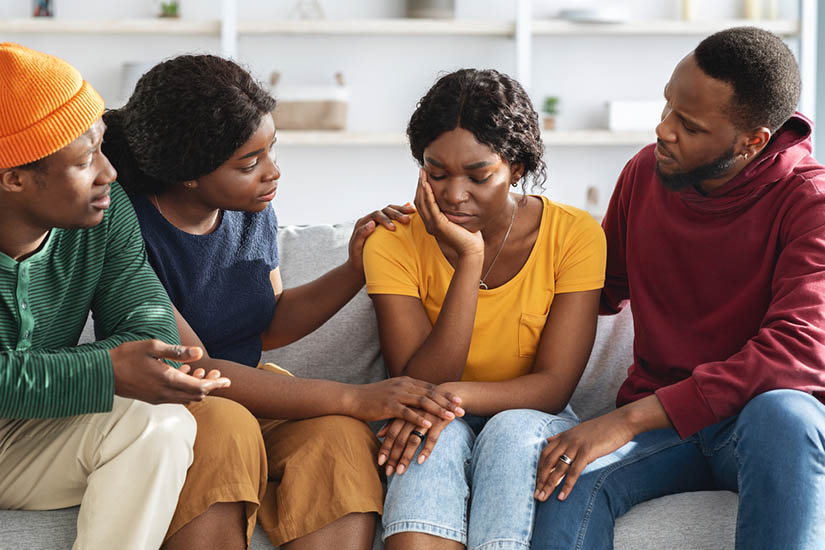 Past research has advocated for an examination of suicide within marginalized communities that takes into consideration cultural and political issues. There is evidence to show that racism and sexism contributes to suicide risk among marginalized groups, showing that taking an intersectional approach to suicide research is imperative.

Historically, Black and Latinx individuals had lower suicide rates compared to white individuals in the United States; however, this ethnic and racial gap has narrowed over the past years. This trend is concerning, given that suicide ideation is often underreported by Black and Latinx communities and understudied by the scientific community.

Suicidality among racially and ethnically marginalized communities is unique due to the compounded inequities found in the medical system. Diagnostic bias is a major barrier due to inadequate diagnostic tools and prejudice in the diagnosing process. Black and Latinx individuals also tend to seek care less and have lower satisfaction and higher dropout rates when they do seek care. Structural issues, such as racism and poverty, contribute to medical distrust and make seeking services even more difficult.

The researchers found that self-reporting anxiety and depression was significantly associated with increased suicide ideation.

They found that emotional support reduced the odds of having suicide ideation by 25%, while the other types did not have a direct effect.

However, in a moderation analysis, informational support did reduce suicide ideation specifically for those with moderate anxiety and depression.

“Importantly, when moderation effects were explored, having informational support reduced the deleterious effect of having moderate anxiety and depression problems on suicide ideation. This is a critically important finding as Black and Latinx communities often rely on informal networks for information, access to resources, and empowerment for important social justice causes. This greater reliance on informal networks among Black and Latinx individuals is often necessitated by experiences of adversity as well as a cultural orientation toward the collective,” the researchers write.

Williams and colleagues recommend that clinicians ask about subjective experiences with anxiety and depression since self-reported problems by participants identified suicide ideation in the present study. Self-reported concerns are able to capture an important aspect of suicide risk that is not reflected in screening and diagnostic tools.