From Detroit Free Press: “Nearly 50 years ago, the Michigan Legislature gave patients in psychiatric hospitals and the recipients of community mental health services a set of pioneering rights: to be treated with dignity and respect; to be treated in the least restrictive environment; to be free from abuse and neglect.

That system has a built-in conflict: When family members and others complain that rights have been violated, community mental health agencies are in charge of investigating themselves.

On this episode of the ‘On The Line’ podcast, host Cary Junior II speaks with Free Press reporter Jennifer Dixon about her expansive investigation that uncovered a troubled recipient rights system. Some of the state’s most vulnerable children and adults — those with mental illness or developmental or intellectual disabilities — are suffering.” 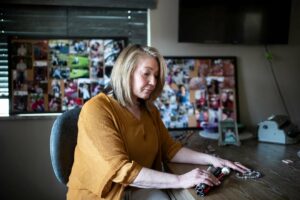