In a new study, researchers have found that there is no long-term evidence for the safety and efficacy of the treatment of common mental health problems for children.

“The impression that emerges from this overview is that there is no convincing evidence that interventions for the most common childhood disorders are beneficial in the long term,” they write.

The research was led by Annelieke M. Roest at the University of Groningen, The Netherlands. It was published in The Journal of Child Psychology and Psychiatry. 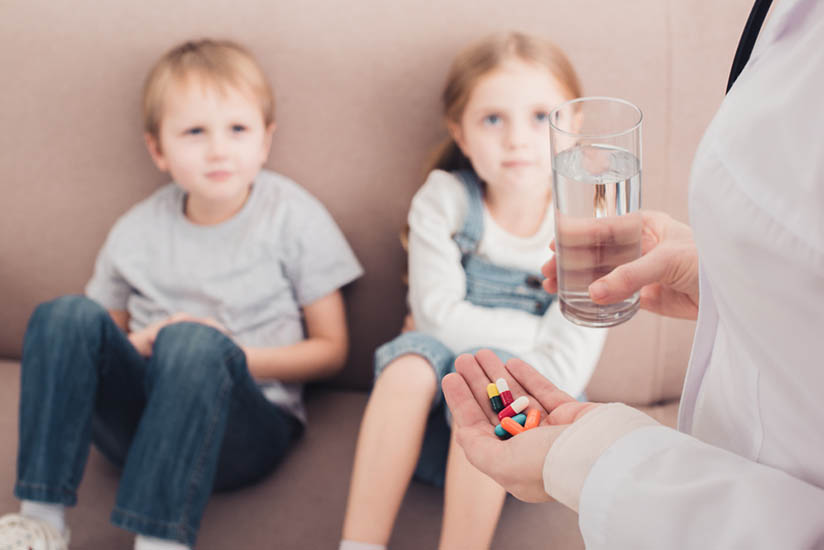 The researchers “performed a systematic search of all systematic reviews on the long-term (≥2 years) effectiveness and harms of treatment for attention deficit hyperactivity disorder (ADHD), behavior, anxiety, and depressive disorders for children between 6 and 12 years old.” That is, the paper did not include original studies, but instead focused on synthesizing the data from previous systematic reviews of the studies.

The researchers suggest that the studies on ADHD and behavior disorders also provide very limited evidence. Partially this is because those studies have methodological problems that make them uninformative. For instance, patients who previously reported harmful effects of treatment were not allowed to participate, which artificially reduces adverse event rates. Also, many patients dropped out of the studies, which may be due to experiencing harmful effects, which are then not counted in the final analysis.

For ADHD, the researchers write, “Regarding the long-term benefits of medications, the evidence is inconclusive, because few long-term studies included adequate comparison groups or adequate control for confounding.”

However, they suggest that the best available evidence comes from the most well-regarded and highly cited study of childhood ADHD, the NIMH’s MTA study. That study initially found promising results for stimulant drugs like Ritalin and Adderall. However, later results of the MTA study were dismal: the three-year follow-up found that those receiving treatment were no better off than those who did not, while the six-to-eight-year follow-up found that those who received medication did no better than those who did not.

Other research has found that stimulants don’t even improve kids’ academic performance. Additionally, the researchers note the adverse effects of stimulant drugs: insomnia, appetite suppression, and growth suppression; kids on the drugs ended up shorter and thinner than their peers. The drug guanfacine was also found to cause cardiac problems.

For behavior disorders, although the researchers found two reviews, they concluded that the studies did not include enough information to assess whether the treatments were effective in the long-term. They did, however, note that the most common treatment for behavior disorders in kids is neuroleptic tranquilizers (colloquially, “antipsychotics”). These drugs, they write, are associated with harmful effects such as weight gain, diabetes, sedation, and extrapyramidal symptoms (a euphemism for a wide range of severe movement disorders, such as Parkinsonism, akathisia, dystonia, and tardive dyskinesia).

Although some non-drug interventions were included in the reviews, the researchers concluded that they did not provide enough information to assess whether the treatments were safe or effective in the long-term. Studies of psychological interventions did not mention potential risks or harms at all, they found.

Ultimately, they write, “the scientific literature cannot answer the important policy and health care question regarding the long-term effectiveness and safety of treatment of childhood mental disorders with any confidence.”

Because of this lack of evidence for any long-term beneficial effect of psychiatric drugs in children, and the known and unknown risks of adverse effects, the researchers suggest that—particularly in mild cases—watchful waiting may be the appropriate strategy.

Further, they argue that the social and environmental causes of emotional distress should be a major focus of prevention efforts: