A new study reveals the coercion, surveillance, and abuse under the guise of “treatment” of students living at therapeutic boarding schools.

The qualitative case series published in Global Studies of Childhood documents the experiences of adults who were formerly students at therapeutic boarding schools in the United States. Their narratives also point to the powerful strategies young people used to collectively resist and reclaim their identities as students and adults.

“My research intends to disrupt practitioners as the central authority on, and gatekeepers of, public information on therapeutic boarding schools,” Golightley writes. “The research has been undertaken through the lens of Mad Studies, an activist and academic approach that critiques the social construction and regulation of psychiatrized people.” 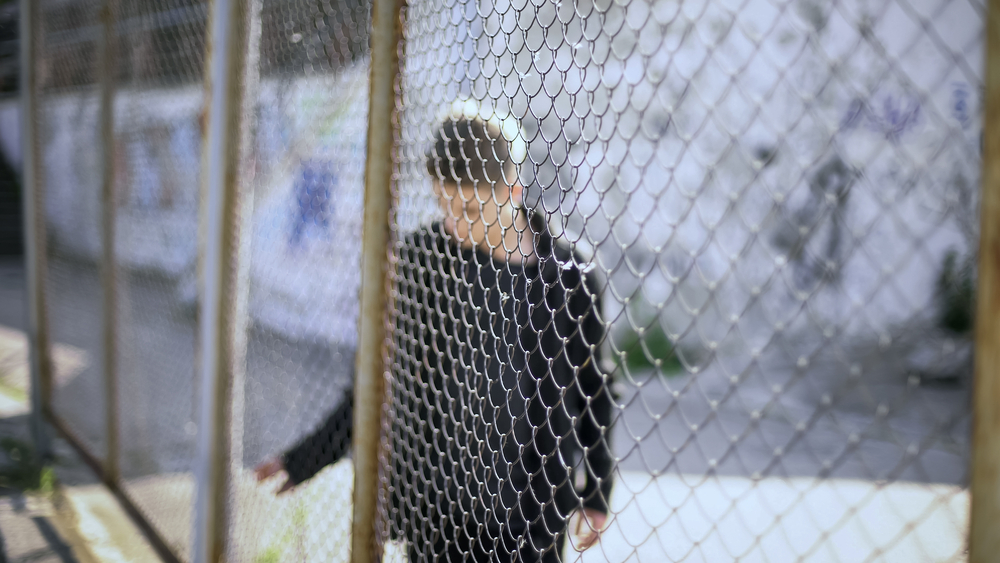 “Troubled teens” are young people who are labeled as having behavioral, substance use, and emotional difficulties.

Therapeutic boarding schools are typically operated by private, for-profit companies (with annual fees ranging from 30,000-100,000) and provide academic classes and therapy. It is common for parents to hire “transporters” to forcibly remove their children from their homes and take them to these facilities.

Given the lack of transparency, monitoring, and federal oversight, limited data is available regarding the types of treatment provided to students or their long-term outcomes. However, a disturbing 2021 report released by the National Disability Rights Network, entitled “Desperation Without Dignity,” documents widespread physical, sexual, and emotional abuse within for-profit residential treatment centers across 18 states.

Additionally, survivors of abuse within residential treatment facilities, including Paris Hilton, have spoken out about the traumatization they endured and the long-term negative impact it has had on their lives.

Golightley collected data and narratives from former therapeutic boarding school students in two stages for the present study. First, she circulated an online questionnaire. Responses from over 100 adults detailed their experiences in boarding schools and how helpful or unhelpful they found them to be. Ninety percent of survey participants reported “negative” or “very negative” experiences in their schools.

Golightley selected a sub-sample of survey participants for in-depth interviews as a second step. Sixteen interviews were conducted during the summer of 2018. The present article includes case studies of 3 participants -Jasmine, Lukas, and Christina- who reported negative experiences in the therapeutic schools. Despite their individual differences, common themes emerged from their stories.

Jasmine, a biracial Asian American bisexual woman, was raised by wealthy parents in a predominantly conservative small “Bible Belt” town. In her early teenage years, Jasmine became involved in heavy metal and goth sub-cultures. To reprimand Jasmine, her father began inflicting physical abuse. At 14, Jasmine began self-harming and fighting back against her father. In response, her parents sent her to a psychiatric hospital, then a wilderness program, and ultimately a therapeutic boarding school.

Lukas, a Latino gay man, was raised by middle-class adoptive white parents in the Northeast. Lukas reported that at age 14, he went through a “punk phase” and began to skip school and use drugs regularly. His parents sent him to a drug rehabilitation program and, following a relapse, to a wilderness program and a therapeutic boarding school.

Christina, a white heterosexual woman, was raised by a low-income family in a Northeastern city. She described herself as a happy child until her teenage years when she began drinking, using drugs, stopped going to school, and moved in with an older boyfriend. Christina’s parents called the police, reported her missing, and had Christina handcuffed until hired “transporters” arrived and forcibly took her to a therapeutic boarding school.

In her qualitative analysis of these cases, Golightley argues that the idea of the “troubled teen” is socially constructed through the intersectional marginalization of people labeled as being psychologically or behaviorally “troubled” and seen as young. She draws upon the concepts of “sanism” and “adultism” to explain the positionality of the “troubled teen” and their lack of agency:

“In Mad Studies, ‘sanism’ is a term used to describe interpersonal discrimination as well as broader cultural, social, and systematic subjugation of psychiatrized people… Adultism refers to the social oppression of young people and children and the socio-cultural centering of adulthood… Adultism and sanism are part of broader processes that devalue the personhood of young psychiatrized people. Consequentially, ‘troubled teens’ are positioned as without legitimate insight into their own experiences and as lacking the capacity to determine their needs.”

Jasmine, Lukas, and Christina’s narratives exemplify how young people who transgress social norms (e.g., use drugs, engage in goth or punk sub-cultures) are labeled as “troubled” and in need of punishment and treatment. Furthermore, their cases reveal how young peoples’ behaviors are understood as resulting from individual mental health problems rather than from harmful aspects of the social context in which they arise (e.g., physical abuse, discrimination, economic hardship).

Moreover, once assigned the label of “troubled teen,” young people are often stripped of their capacity to make decisions regarding their own treatment. Overridden by their parents, Jasmine, Lukas, and Christina were all forced into treatment and denied the right to informed consent. They were also disempowered when they attempted to share their negative experiences within the schools with their parents:

“Even when ‘troubled teens’ are permitted input into their treatment, if their perspective diverges from that of the adults, the young person’s voice is often overridden. All three case study participants spoke of not being believed by school staff as well as parents because of the social stigma associated with being a psychiatrized young person. Staff would actively undermine the young person’s account, telling their parents, as well as other students and staff, that their accounts were irrational, manipulative or false.”

Golightley argues that this practice of undermining young people’s testimonies is a form of “system-wide epistemic injustice” in which parents, staff, and healthcare professionals all work in tandem to deny young people the ability to report their abuse or express their own needs.

Therapeutic boarding schools are governed by strict rules and regulations that maintain students within the schools for many weeks or years with limited (if any) contact with the outside world. However, students resisted rigid forms of control by breaking the rules and engaging in subversive behaviors.

For example, Christina describes a secret code she developed with friends to exchange contact information to stay in touch following release from the school, an act that was strictly prohibited. Jasmine described maintaining outwardly “good behavior” and faking compliance with rules (e.g., wearing gendered clothing) to expedite her release.

Threats of punishments -including restraints, seclusion, and public shaming- and of withholding limited existing privileges constantly loomed over students’ heads. Lukas described how he lived in a chronic state of anxiety as a student:

“There was always [something] looming over you, all of these repercussions and punishments, and, you know, strict rules and . . . the consequences for everything. . . . Sleeping on a bed was privilege, one time [as a punishment] I was thrown into the hall on a mattress.”

Not only did students experience distress while enrolled in the school, but Jasmine, Lukas, and Christina also described the schools’ long-term negative impact:

“… they reported chronic anxiety, ongoing nightmares about the schools, feelings of anger towards family members, struggling to make friends and trust people, and a need for ongoing counseling.”

As adults, participants described undergoing years-long journeys to heal from their trauma and reclaim their stories—former students connected through online survivor support groups to build community and collectively process their experiences. Many survivors also continue to engage in collective action, including lobbying for industry reform.