From the Washington Examiner: “My contact with the world of psychiatric medication began in 2001, when I was 15 years old. I was taken to a child psychiatrist on the recommendation of a psychologist I’d been seeing in the wake of my father’s death. In a matter of minutes, I had a script for an antidepressant. By the time school let out a few months later, I was on two antidepressants and four additional drugs to counter the antidepressants’ physical side effects. I would stay on that same cocktail for the next 15 years.

I learned the hard way that doctors can be remarkably casual about things patients can’t afford to be when it comes to putting people on, and taking them off, antidepressants. This is doubly true for minors, who aren’t in charge of their own medical decisions. As I wrote in my book May Cause Side Effects, which came out in September, ‘It only takes five minutes to prescribe a psychiatric drug, but it can take years to get off them.’

It took a suicide scare in 2016 to wake me up to the fact that if my antidepressants were working as advertised, I wouldn’t want to take my own life. But in the decade and a half that I’d been on these drugs, not a single doctor or pharmacist had questioned their use. It’s ingrained in much of their professional culture to seek chemical solutions to all problems, even if they are just ordinary and unpleasant emotional parts of the human experience.

Were the antidepressants the problem? Or was I? The only way to know for sure was to get off all the drugs and discover my unmedicated baseline. Because my general practitioner had been prescribing my cocktail for eight years, I did the responsible thing and made an appointment with a psychiatrist. She suggested I go off the medications one at a time, starting with Effexor XR. I was already on the lowest dose available on the market, 37.5 mg, so she couldn’t prescribe a smaller dose. She said withdrawal effects, if I experienced any at all, would be a little like having the flu.

Instead, antidepressant withdrawal nearly destroyed my entire life. I began to shake within 24 hours of missing my first dose. Then came the sweats, followed by waves of hot and cold. On day four, all my senses sharpened in one unbearable moment. Light burned my eyes. Sound seared my eardrums. Clothes turned from soft fibers to a million needles on my skin.

But it was the psychological symptoms that broke me. I experienced violent intrusive thoughts filled with graphic scenes of hurting myself and others. The world outside my Manhattan apartment was filled with bloodshed only I could see, but I was too scared to tell my psychiatrist what was happening out of fear that she would place me in an involuntary psychiatric hold. So I holed up in my apartment and prayed for relief. It went on for weeks, then months. This was antidepressant withdrawal, and it could all be traced back to the swift decision to medicate me at 15, with no plan for how I could safely get off these pills eventually after such a long time with them in my system.” 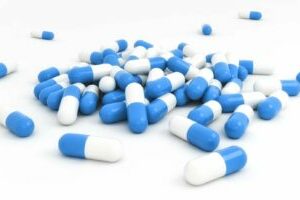